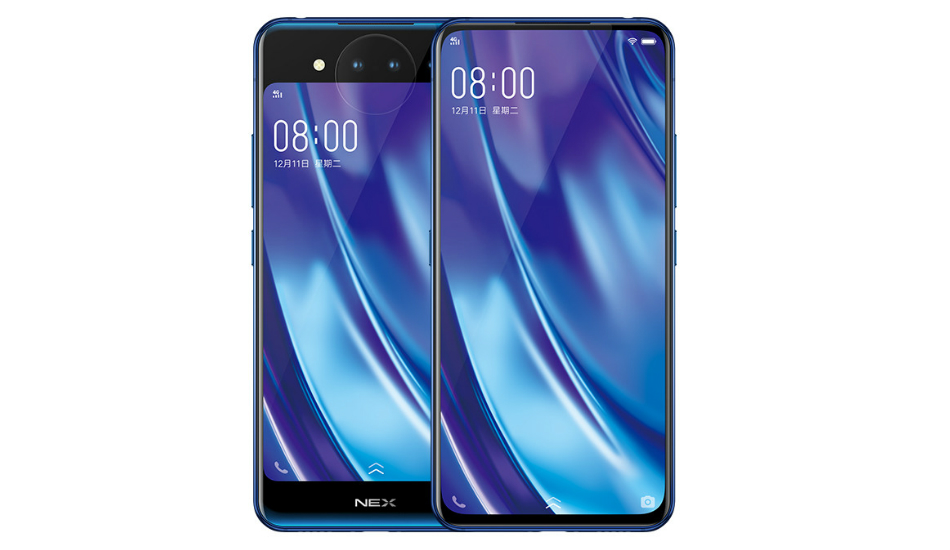 The NEX smartphone comes with two displays with the front panel featuring a 6.39-inch Full HD+ Super AMOLED screen of resolution 1080 x 2340 pixels and an aspect ratio of 19.5:9. The lack of any front sensor has allowed more room for the screen and the display has thus achieved a screen-to-body ratio of 91.63 percent.

Just a week after officially teasing the device, Vivo has announced the latest entrant to its flagship and flash NEX lineup with the launch of the Vivo NEX Dual Screen. Unlike the Vivo NEX which came with a mechanical moving part for the front camera, the second generation NEX smartphone will instead feature dual screen technology and a triple camera setup on just one side of the smartphone. The NEX Dual Screen will be available for an asking price of 4,998 yuan (approx. Rs 52,250).

The NEX smartphone comes with two displays with the front panel featuring a 6.39-inch Full HD+ Super AMOLED screen of resolution 1080 x 2340 pixels and an aspect ratio of 19.5:9. Vivo says that the lack of any front sensors has allowed more room for the screen and the front display has thus achieved a screen-to-body ratio of 91.63 percent.

The secondary display is located at the back but is neither tall or bezel-less. In fact, the second screen is put there to make use of the triple camera system at the back which will also help in the case of facial recognition and selfies as a viewfinder for the camera. The second screen is a 5.49-inch standard FHD display with a 16:9 aspect ratio and a resolution of 1080 x 1920 pixels. 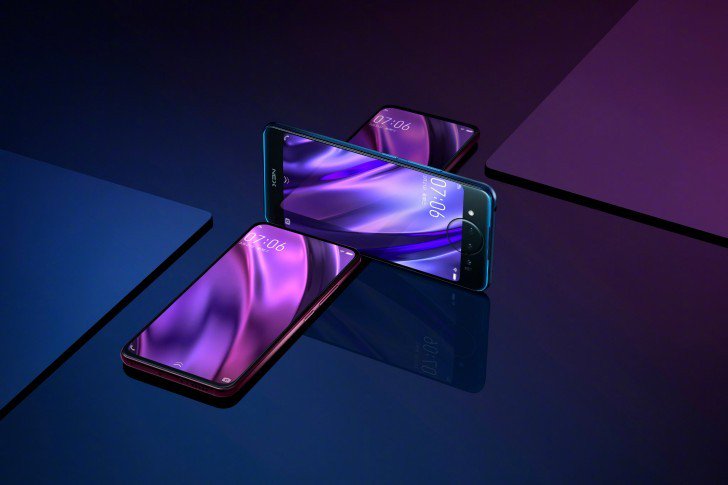 Internally, the Vivo Nex is powered by an Octa-core Snapdragon 845 chipset with Adreno 630, 10GB of RAM and 128GB of internal storage. The device runs on Android 9 One based FunTouch OS 4.5 and is fuelled by a 3500mAh battery with 22.5W fast charging. Connectivity options include Dual 4G VoLTE, WiFi, Bluetooth 5 LE, GPS + GLONASS, 3.5mm headphone jack and a USB Type-C port.

At the back and above the secondary display is the primary and the only camera system which incorporates a triple-lens setup. There’s a 12MP Sony IMX363 main lens which supports 4-axis optical image stabilisation and a 2MP (2.9μm) night vision sensor. Both of these lenses are packed inside a 24.6mm circular ring.

However, outside the ring, the NEX also features an LED flash and a TOF 3D Sensing camera which will collect 3D depth information with high precision and will be able to track up to 300,000 infrared points. This is what will power the system behind the 3D facial recognition and payment authentication services. 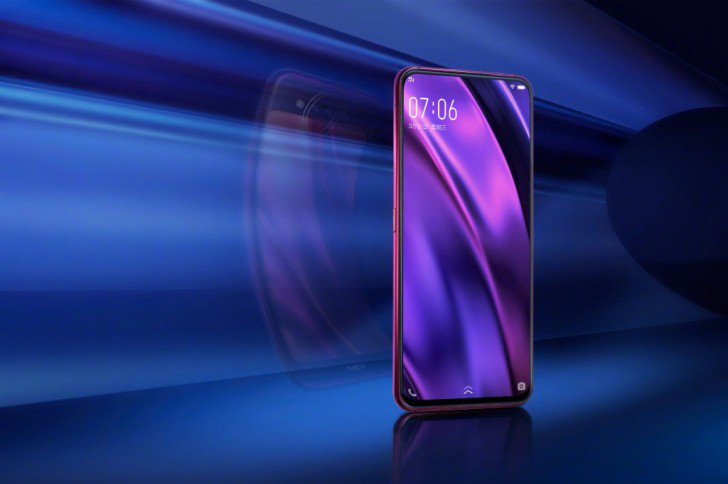 The ring at the back is an LED ring which is powered by 16 RGB lights and can be used for capturing selfies or as a notification LED. There’s also an in-display fingerprint scanner on the front which Vivo says will offer 17 percent faster unlocking within 0.29 seconds.

The Vivo NEX Dual Screen is currently available in China for pre-order for an asking price of 4,998 yuan (approx. Rs 52,250) and will start shipping as early s December 29.