Vine for Android gets updated with search bar, speed improvements

The short video sharing social network has pushed an update packing new search bar and other improvements for its official app for the Android platform.

Vine is a mobile platform centred social network meant for recording and sharing short videos. Just two days ago, Instagram had announced a 15-second video sharing support in its Instagram app for iOS and Android platform. Instagram basically trumped the Vine app with several filters for the short videos.

Now Vine app has got few improvements along with the search bar addition to the app. The new Search bar in the app can be used for searching for users and hashtags used. Other improvements include the speed improvements with scrolling, quality of the experience, and audio-video synchronisation. 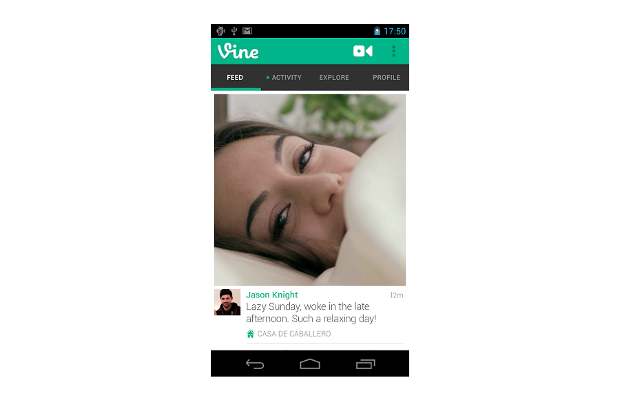 Well, the new improvements are welcome but still there is no way to use the front facing camera on the smartphones for recording videos.

The Vine app update can be downloaded from the Google Play Store.