Free Fire - Too little, Too Late In A Dying genre ( User review)

FreeFire is a battle royale game that wants to stand out amongst its competitors such as Fortnite, Call Of Duty and most importantly, PUBG which is scheduled for a comeback. But does it have what it takes to beat them?

Garena Free Fire is a battle royale game that is developed by Vietnamese game developer 111dots Studio. The testing of the game began in September 2017. Free Fire's Beta version released on November 20, 2018, followed by its release on December 4, 2018. Since then, the game has been available on Google Play Store and Apple's App Store for download.

The players received the game pretty well garnering great support in Brazil and Thailand. The game was published in India, Brazil, Mexico, and Southeast Asia by Garena, a digital service company from Singapore.

The title earned approximately 182 million downloads in 2018, making it the second most downloaded battle royale mobile game just below PUBG Mobile. It became the most downloaded mobile game globally in 2019. Due to its popularity, the game received the award for the "Best Popular Vote Game" by the Google Play Store in 2019. As of February 2020, Free Fire has 500 million downloads on the Google Play Store.

Today we talk about the gameplay experience of Free Fire on different platforms. Our Inhouse Gaming expert Abishek Malhotra and a young gamer Yash Singh share their experience.

Let's kick things off with my test rig. I'm running an AMD Ryzen 3400G with the Vega 11 graphics with 16 gigabytes of dual-channel memory clocked at 3000 MHz. The Dual channel part is important since AMD APUs can deliver almost double the fps when used with dual-channel memory instead of single-channel memory. No overclocks on any component were performed except enabling XMP. Both the Vega 11 iGPU and the CPU are running at stock settings. The monitor resolution is 1920x1080.

I used the Bluestacks emulator for the test since I don't trust my phone to be able to run the game and record at the same time. On launching the game, I was greeted with a menu almost Identical to that of PUBG, except with a background with the characters sitting in a night club for some reason? You are given the option to sign in or play as a guest. I chose the guest option since it's too much of a hassle to sign in.

The home screen is reminiscent of the early PUBG home screen, with boxy buttons. Cosmetics include the usual gun skins and clothes, with one interesting addition being pets, sort of like the ones in Fortnite.

On launching the game, first-time players get put into a lobby that looks like an airport waiting room. The plane launches and you're shown a short cinematic where the camera pans into view and transitions to the gameplay. You jump out of the aeroplane on a surfboard for some reason? It's a video game, I'll give it a pass.

I chose a location near the centre of the map to drop, given that this is a battle royale and this would almost always guarantee me a placement in the first circle. I then grabbed some guns and went on my merry way.

The weapons in the game were as I had expected. There was a lack of throwables as far as I know, and the guns are fine. The auto-pickup system is nice, but after a certain point where your storage starts getting full, you have to do it manually. Another complaint is that for some reason, this game really wants you to have a pistol as a side weapon. Why would I do that, given that I already have an assault rifle with a scope and a shotgun?

As expected with any battle royale, there were plenty of bots. This is probably to get newbies into the game, give them a false sense of hope. In my first game, I got 12 kills and won the game. 12 kills. That's a fifth of the lobby GONE.

In total, I played 7 games out of which I won 5. Even normal non-bot players were easy to play against, given that I was using a keyboard and mouse against someone who was probably playing on a phone.

I'm gonna be real here. Even with everything set to high(except shadows, shadows in esport titles are the worst thing anyone could do), I got a maintained 60 fps. However, the graphics were at best average. If you like games with good graphics, then skip this game. Even Minecraft looks better than this. The textures are low res and the player model looks out of place. 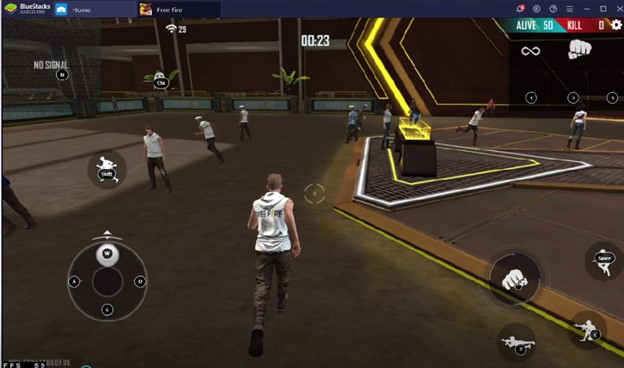 I managed to convince a friend of mine to play this game and here's what he said, " Wastage of Electricity and DRAM." (DRAM enhances read and write speeds on SSDs, storage which all smartphones use. It has a limited lifespan of about 10 years depending on your workload)

I think Free Fire would’ve been a decent game two years ago, but now it’s doesn't offer anything unique. I feel battle royale genre is nearly dead, and game creators need to innovate instead of making 20 PUBG copies every day. Better phone games include Brawlhalla, Genshin Impact and Among Us (Each game having well over 10 million downloads and being available on every platform with cross-play, which means that everyone can play, including people on consoles, computers and mobiles). I didn’t include battle royale games for a reason. If you still want to play a game that somehow involves guns, then COD mobile is the way to go.

So let's talk about the Mobile Gameplay. I tried the FreeFire on an OnePlus 7 Pro that is powered by the Snapdragon 855 along with Adreno 640 GPU. This Top of the line device can handle PUBG, Call Of Duty Mobile (CODM) and any other game at the highest graphics available for the game.

So I set the maximum graphics on FreeFire too, along with the highest FPS setting available. As soon as I start the game, I notice that the FPS is not constant. It dropped to around 40 and even went below sometimes.  This cannot be an issue with the device as it runs Call Of Duty Mobile at highest graphics with 60fps and even PUBG. To further verify, as soon as I hopped on a vehicle, the FPS was locked at 60fps, which means the issue lies within the optimization of the game.

As with other Battle Royale games, the players jumps off a plane. The font and other elements exactly resemble PUBG Mobile. Even the weapon names such as Scar L, Groza, etc are copied. Jumping off the plane, after I landed, I noticed the FPS issue that I mentioned above.

So, coming to the shooting experience. The game is too easy in my opinion when compared to PUBG or COD. The very first game I played, I got 18 kills and obviously won it. That should give you an idea of how easy the game is to play.

The marker turns Red when you aim at a person and there's some kind of shooting assistance going on with the help of which you can kill the other person without any misses. The Aim Assist was set to default which might remain the same for a lot of players, so there are not many challenging situations in the game if you'd expect.

There's not much you can do to defend yourself either as I couldn't slide or jump with the precision with which I am able to do the same in COD.

Finally, the graphics. The graphics of FreeFire are a big disappointment when compared to other games in the battle royale space. For example, in the picture below, there should be steps to go up but it's just a slanting floor which is flat and it is a created illusion to make it look like stairs. 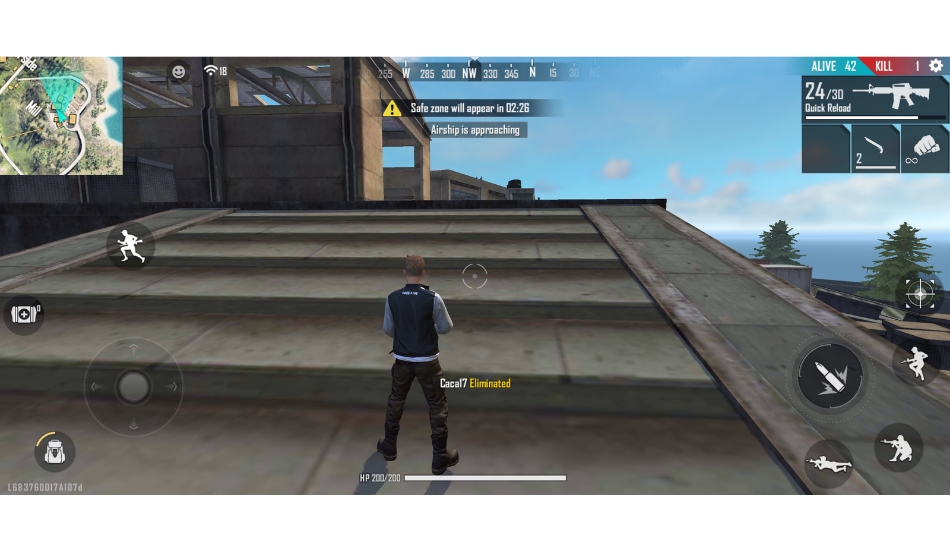 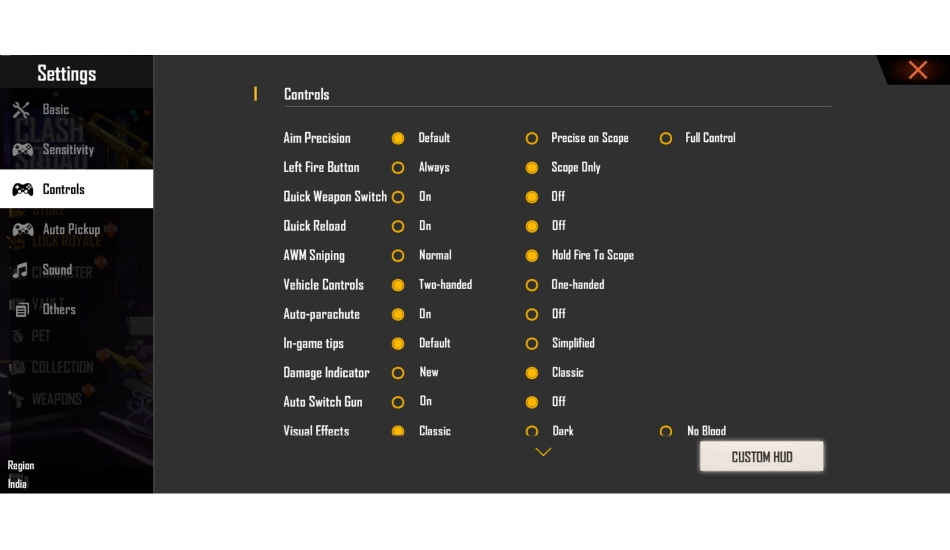 As a Call Of Duty fan, I would want to compare the two games but after playing FreeFire, I know that in terms of graphics it doesn't even come close to COD. Clicking on Play and starting off the game, the textures and quality of the floor and other items looked good in the waiting lounge until the actual game started. 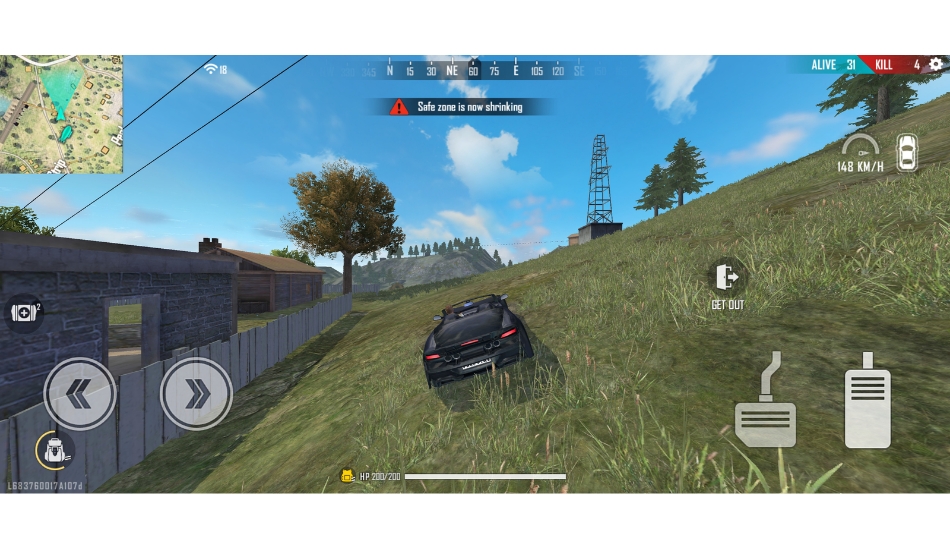 The only good I found in the graphics was the grass that looked realistic with good textures. Apart from that, even the vehicles had bad visuals, no matter how good, modern and stylish they wanted the vehicles to look. I would say that the graphics are developed by keeping low to mid-range devices in mind as its definitely not for those with high-end devices and are looking for the best in class graphics. 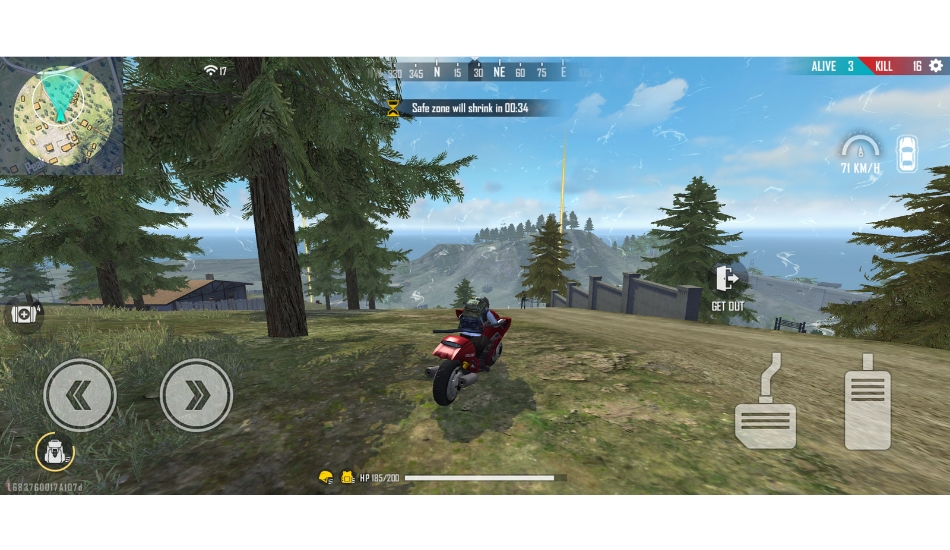 The auto-pickup function was also slow and the character takes its own sweet time to pick up guns, ammo, armour and other stuff. 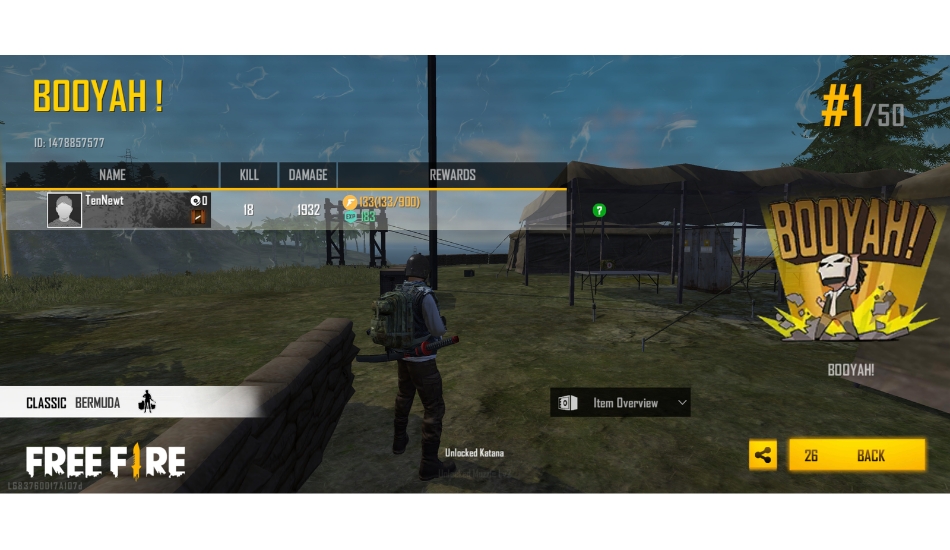 The fun element we look for in this type of game is missing. Freefire is leaving no stone unturned to make its game as popular as possible by announcing esports events, both locally and internationally but it won't help with what the reality is.

The gameplay is super slow in my opinion because of which the action, thrill and the adrenaline rush which should be a part of these battle royale games seems missing to me.