Apart from the usual blue, silver and black, the video has come up with different color options including, red, and green

Last week itself we came across leaks which surrounded the new flagships of Google, the Pixel smartphones. Adding to those leaks, a new concept video has hit the internet.

Here’s what we gathered from the video.With a 18:9 aspect ratio display and glass window on the back, it seem the Google Pixel XL 2 will have a combination of metal and glass body, along with chamfered edges. Additionally, a flat display with curved corners and almost no bezels on the side as well as fewer bezels on the top is seen.

Surprisingly, in place of physical home button at the front, there are physical buttons on the side for the volume and power controls. Furthermore, the smartphone features a USB Type-C port at the bottom and a 3.5mm audio jack at the top.

A round-shaped rear-mounted fingerprint sensor appears on the video. At the back of the smartphone, we notice that the camera consists and LED flash along with two sensors for the laser and light autofocus. As per the video, the smartphone is expected to come with a 12-megapixel super motion sensor on the rear side and a 7 megapixel front-facing camera.

Apart from the usual blue, silver and black, the video has come up with different color options including, red, and green. However, the fan made concept video must be taken with a grain of salt. 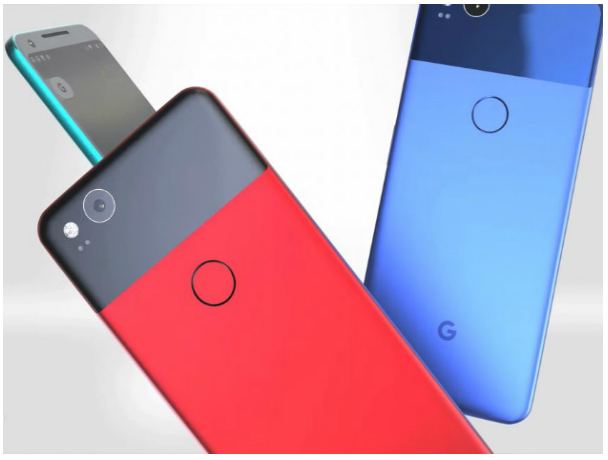 Rick Osterloh, senior vice president of hardware, Google, had earlier confirmed that there would be a new Pixel this year. Ever since incessant speculations have surfaced online regarding the device. Google’s next generation device was earlier reported to be working on two Pixel smartphones codenamed as Walleye and Taimen, which will be the successor of the Google Pixel and Pixel XL respectively.

Recalling previous rumours, we notice that there had been claims which said Google Pixel 2 will feature curved edges, along with two rear cameras and a front camera. Furthermore, there was a report which said that the smartphone will come loaded with a 5.99-inch Quad HD display, which will feature an OLED panel provided by LG.