A new Amazon tablet, codenamed as Apollo, has been spotted on GFXBench website by an Italian website, Webtrek. The listed tablet is deemed to be the refreshed model of Kindle Fire HD (2013) which is to come with powerful specifications about which The Mobile Indian had reported recently. 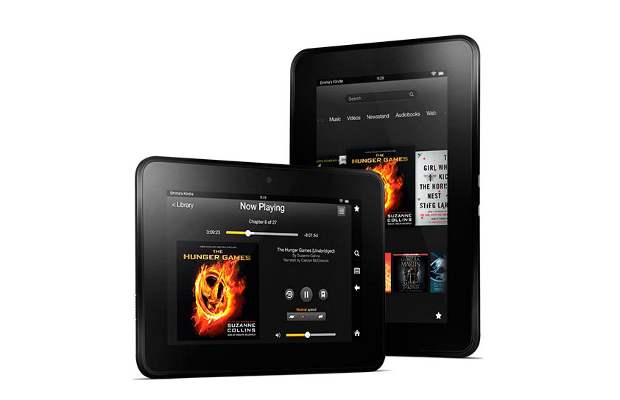 As per the benchmarks, the Amazon tablet codenamed Apollo will feature a display with 2560×1600 pixel resolution natively. This tablet is powered by a 2.2 GHz quad-core Qualcomm Snapdragon 800 chipset with Adreno 330 graphics chip. 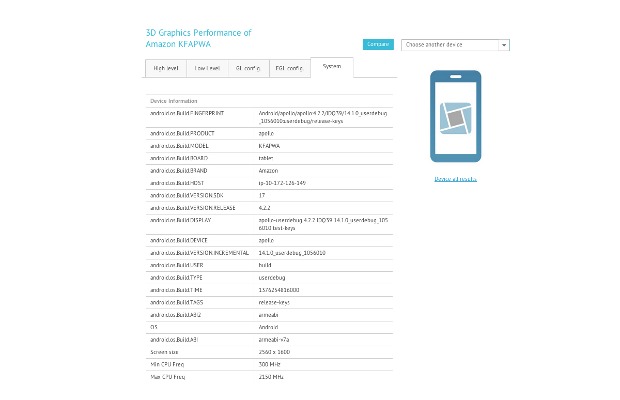 The tablet was running Android 4.2.2 Jelly Bean build and will have 8 megapixel camera at the back for better imaging. Amazon recently detailed the improvements in its Cloud Servers powered web browser – Silk. However, it is difficult to judge the new features that would be included in the Kindle Fire HD refresh models.

As we reported earlier, Amazon is also expected to introduce a 7-inch display bearing Kindle Fire HD tablet with 1920×1200 pixel resolution as well.