Twitter now has added a new feature in its notification panel wherein it allows its users to automatically mute or block any user who doesn't follow them or anyone who has a brand-new account.

With new numbers adding to cyberbullying cases every day, social media platforms are taking every step to counter it. Twitter now has added a new feature in its notification panel wherein it allows its users to automatically mute or block any user who doesn’t follow them or anyone who has a brand-new account.

These new options can be configured in the Notifications > Settings > Advanced Filters section of Twitter. Earlier in March, Twitter had rolled out some filters for its customer’s security which included hiding of those notifications which may be from abusers, like the ones without a profile photo, those without email addresses or phone numbers. These new filter options further add to it.

Right now there are a total of six filters, and you can enable as many as you want. In iOS and Android, these advanced filters can be found on the Notifications timeline under the gear icon. 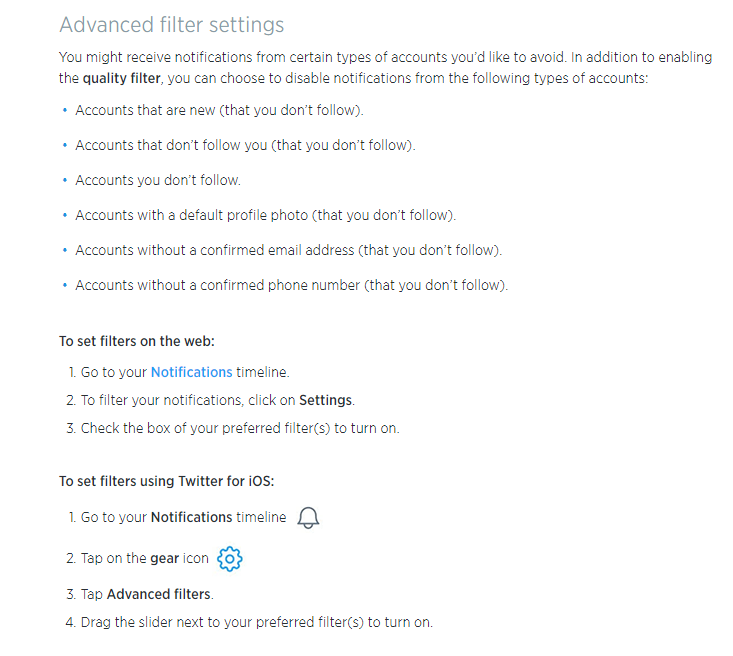 As per the report of Daily Mail, the news follows a recent Washington Post report that Twitter is testing a new system to allow users to report fake news – which Twitter has neither confirmed nor denied.