The feature would come as a “Subscribe to conversation” button which will be made available on the top right corner when accessing a thread on Twitter. The feature thus allows a user to maintain anonymity when viewing tweets between other users without having to take a side, like or tweet into the conversation.

While we wait for Twitter to add an edit option to modify our mistyped tweet, the social media company is working on a bunch of other additions to its service. Among the upcoming features, Twitter will soon let users subscribe to individual conversations which means you can follow a thread without even having liked or replied to it. 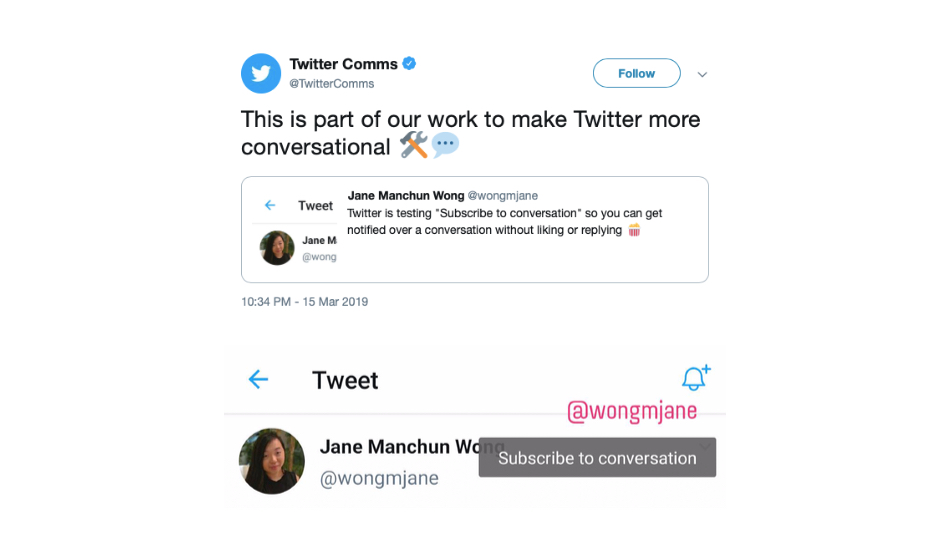 The feature thus allows a user to maintain anonymity when viewing tweets between other users without having to take a side, like or tweet into the conversation. They’ll then get a notification about new tweets inside the conversation and make someone less prone to abuses.

Similar to this, Twitter already has a feature for push notification where you can subscribe to a user that you follow and you’ll be notified every time they tweet or reply to a conversation. The feature has been present for many years but the latest addition will not make it necessary for a user to receive notification on all tweets from a single user but rather focus on a single thread.