The new Bonneville bikes will be available at the same price tag as its predecessors.

Triumph has upgraded its Bonneville T100 and T120 motorcycles in India, and you get the Black variants of both the bikes, which means all the parts of the bikes are blacked out. This variant gets added to the existing T100 and T120 lineup in the country. You can get the Bonneville T100 and T120 at Rs 8.87 lakh and Rs 9.97 lakh respectively. The blacked out aspect of the bike means you can get the T100 with glossy black finishing, or pick up the T120 with matte black finish.

The new variants add fresh impetus to the Bonneville series in the country, which has been offering the same bikes for quite sometime. With the new bikes, the engine, turn indicators, bodywork as well as mirrors have been blacked out. Giving it a dark appeal.

But those are the only changes with the Black variants of thr T100 and T120. Triumph has kept the engine and other features same as the standard model.

The Bonneville T100 packs a 900cc engine mated to a 5-speed gearbox, that puts out 54bhp of power and 80Nm of torque. For safety it comes equipped with dual-channel ABS, traction control and you get additional features like charging socket, semi-digital instrument cluster. 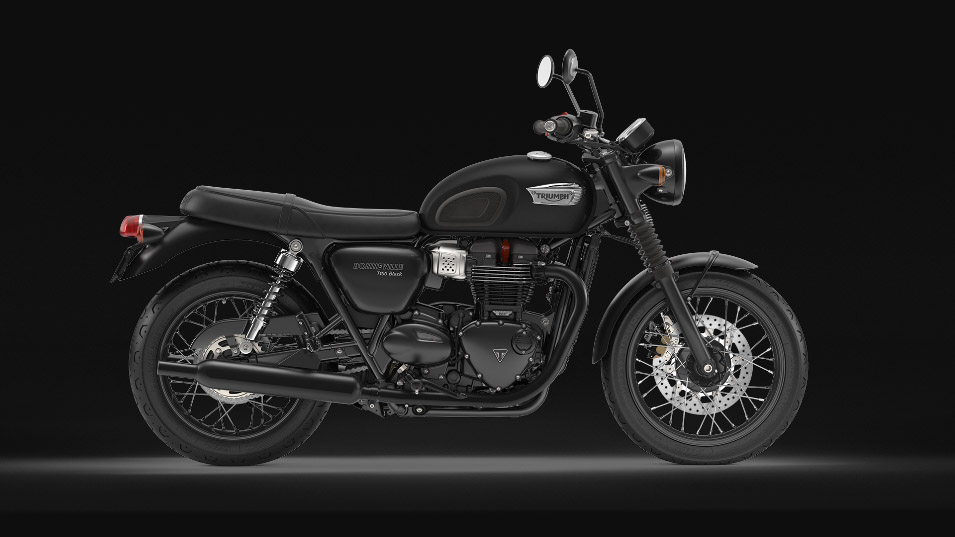 Coming to the Bonneville T120, the bike is powered by a 1200cc engine mated to a 6-speed gearbox. This helps the T120 push out 79bhp of power and 105Nm of torque. With this bike you get LED DRLs, two riding modes, dual-channel ABS, traction control, heated grips and centre stand as well. The company will be hoping to appeal to prospective buyers with these upgrades.