If you want the best versatility with your mobile camera, here’s our list of Top 3 phones with 6 cameras!

Mobile phone cameras have come a long way since their introduction and have evolved rapidly over the years of its existence. Today they inch closer to the likes of professional DSLR and mirrorless cameras thanks to constant software and hardware enhancements. In the past DSLRs were preferred by photographers because of the ability to switch lenses of various focal lengths that gave a photographer artistic versatility but, that is now a thing of the past.

Phones today are equipped with multiple lenses with different focal lengths. Some have an ultra-wide-angle lens, a telephoto lens or both! Phones now are also shipped with a time of flight camera that helps in 3D imaging. Some phones have up to 6 cameras in total which is a huge advantage for photographers who want multiple perspectives. If you want the best versatility with your mobile camera, here’s our list of Top 3 phones with 6 cameras!

This phone as a very unusual and a first of kind camera setup. The rear features a staggering 5 camera setup! All the cameras are 12MP with f1.8 apertures with the only difference being that 3 out of those 5 are monochrome sensor which means they do not capture colours but capture images in black and white.

The rest two are RGB modules which capture colour. Unlike other phones with multi-camera setup, the Nokia 9 uses all the 5 camera together in order to capture the maximum light and details. The multiple inputs from the camera provide a high dynamic range,  sharp details and also help in making an intricate depth map. The optics are backed by ZEISS which ensures the clearest of images and minimum lens-related distortion. The multiple cameras provide up to 10 times more light than a normal sensor.

The depth map which is created with the five lenses and the addition Tof sensor, allows you to re-focus after you have taken the shot. The massive amount of data captured can be harnessed by shooting in RAW that saves all those details un-touched. All the processing is handled by the image signal processor on the Snapdragon 845 which combines and processes all the images captured for the best results.

It can record in 4K HDR and can also playback HDR videos on its HDR display. The front camera is a 20MP shooter which also employs the post image processing of the ISP. 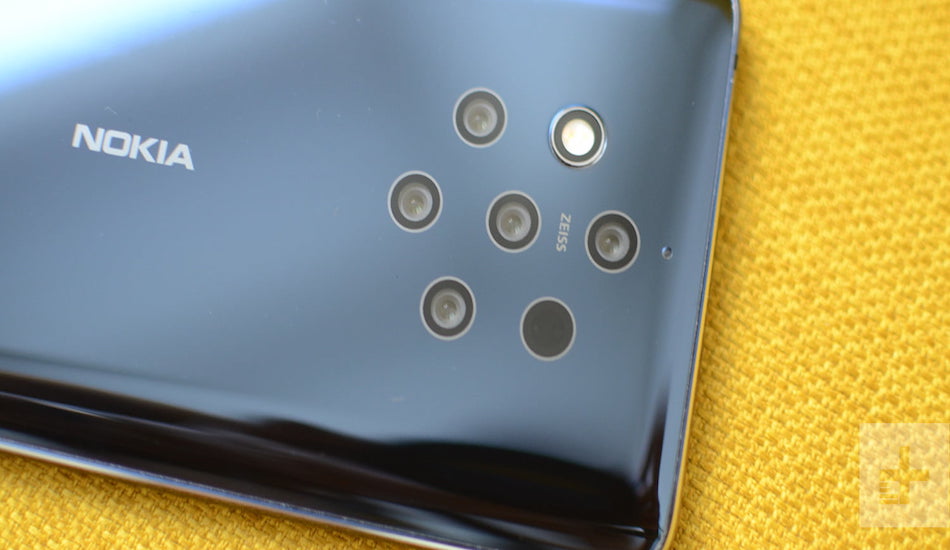 The Nokia 9 has a 5.99” P-OLED screen which supports HDR. It is powered by the Snapdragon 845 and has 6GB of RAM and 128GB of internal storage. It has an in-display fingerprint sensor and Qi wireless charging. It has a 3320mAh battery and runs on Android 9 and is part of the Android One programme.

Oppo on 2 February 2020, announced it’s latest smartphone: The Reno 3 pro. The phone claims to have the world’s first 44MP dual punch-hole camera. It has two cameras at the front and four at the back adding up to a total of six-shooters. The front main camera is a 44MP Ultra-clear sensor with an f2.4 aperture.

The secondary camera is a 2MP depth camera with an f2.4 aperture as well. Both the cameras combined can capture portrait images with sharp corners thanks to that second depth camera. It also has an ultra-night mode for capturing selfies in low lit places such as a bar. The rear features a quad-camera set up with the main camera being a 64MP shooter with an f1.8 aperture. The rest of the sensors consist of a 13 MP telephoto lens, a 2MP monochrome lens and an 8MP ultra-wide lens.

These cameras allow you to capture high resolution 108 MP images by combining multiple shots. The telephoto lens allows for a lossless optical zoom and the ultra-wide lens allowing you to capture 109-degree photos and macro images.

On the software side, it supports Ultra-night mode which allows you to take low-noise images in lowly light situations. It can record in 4K with dual image stabilization for those smooth videos. Videos also support live bokeh, AI beauty video and video Zoom. 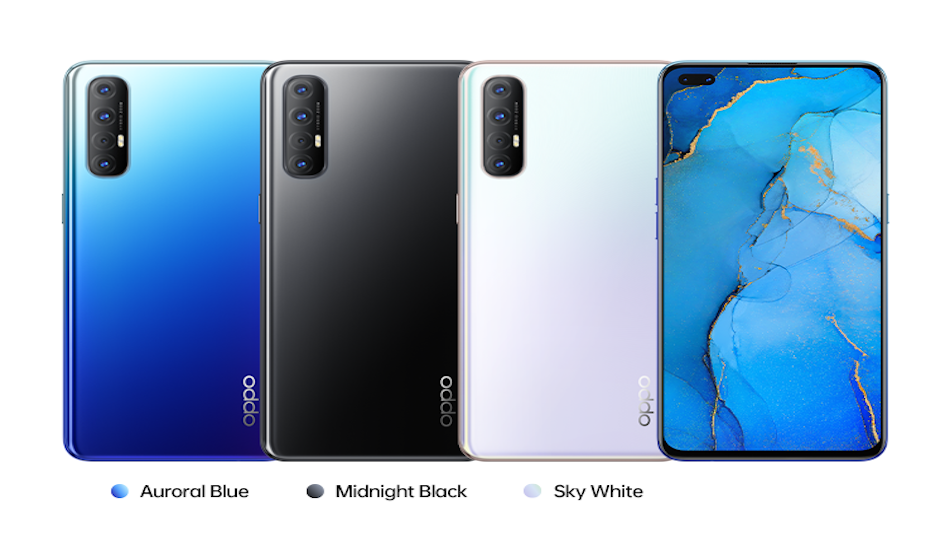 The Reno 3 has a 6.4” OLED display with a resolution of 2400 x 1800. It is powered by the Mediatek Helio P95 and comes with 8GB of RAM and either 128GB or 256GB of storage. It has an in-display optical fingerprint sensor and supports 30W charging for its 4025mAh battery. It runs and Android 10 with Oppo’s custom ColorOS 7 skin on top.

This flagship from Realme was recently announced and flaunts a versatile six-camera setup. The front has a dual camera set up out of which the main sensor is a 32MP wide-angle camera which takes clear images in any lighting condition. The second camera is an 8MP ultra-wide-angle lens that lets you shoot 105-degree ultra-wide images.

The rear is populated by a quad-camera setup out of which the main camera is a 64MP shooter with a 1.72” sensor and it’s coupled with a 12MP telephoto lens, an 8MP Ultra-Wide angle lens and a black and white portrait lens. Together they offer 20x zoom, 4cm shooting distance, sharp portraits and clear high-resolution images.

The software side holds features like Nightscape 3.0 which allows you to capture images in a dimly lit situation, UIX Max video stabilization for smooth jitter-free videos. 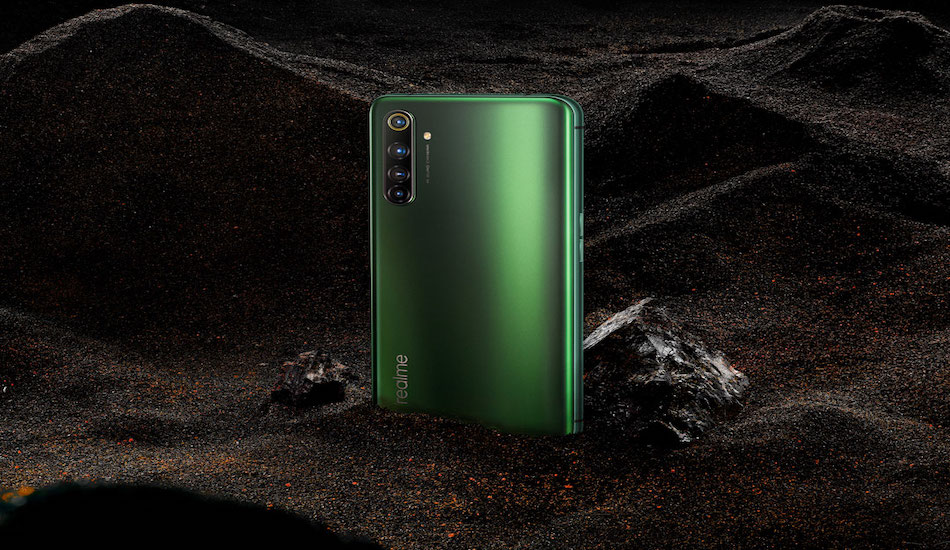 The X50 pro 6.4” AMOLED display with a 90Hz refresh rate and HDR10+ certification it is powered by the Snapdragon 865 and supports up to 12GB RAM and 256GB of internal storage. It supports the latest advancements in wireless communication such as 5G, Wifi 6, Dual channel network acceleration and dual wifi network acceleration.

It is also the first phone to support India's home brand of geo-positioning technology which is known as NAVIC which was developed by ISRO. It has a 4200mAh battery and supports 65W SuperDart charging. It runs Android 10 with the Realme UI on top.