This is how the iPhone 14 from next year could look!

Apple's next year's iPhone, the iPhone 14 has now been leaked even before the launch of the iPhone 13. 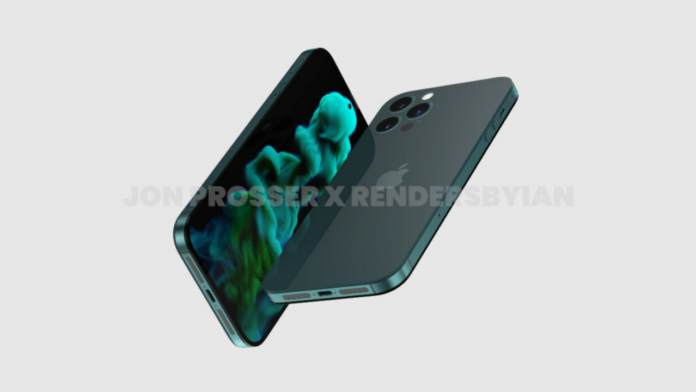 iPhones every year get some minor redesigns in terms of hardware changes. Last year, Apple squared off the edges of the iPhone and it is said that the company will continue the same design this year. But even before the iPhone 13 launches, we might already have our first glimpse at how the iPhone 14 could look that will launch next year.

The weird report comes from FrontPageTech, known to leak the Pixel 6 series design three months earlier than the official reveal. He states that his sources have shown him the early prototype of the iPhone 14. This means some things might change before the launch, including the dimensions and colours of the phone. But the basic design language should remain similar if not identical to the leak.

The iPhone 14 will maintain flat sides but with a twist. The new design has been inspired by the iPhone 4, it seems as each of the volume buttons is now circular. The power button resides on the right. Talking about the rear, the cameras at the top left remain, which have now been pushed into the frame, meaning there’s no camera bump.

Coming to the front, the iPhone 14 Pro Max showcased in the renders shows that the notch up top is now gone. The front camera is now sitting in a centred punch-hole at the top. However, Prosser from FPT says that Apple will continue to implement its Face ID system. So it will be interesting to see if Apple will bring back Touch ID via power button integrated approach or maybe put it under the display.

At the bottom, you get the speakers and a lightning port, which means Apple is not going port-less anytime soon. These leaks are still very early to believe, and a lot might change before the device goes into mass production. However, the leak could be legit considering it is time for Apple to change how its phones look.