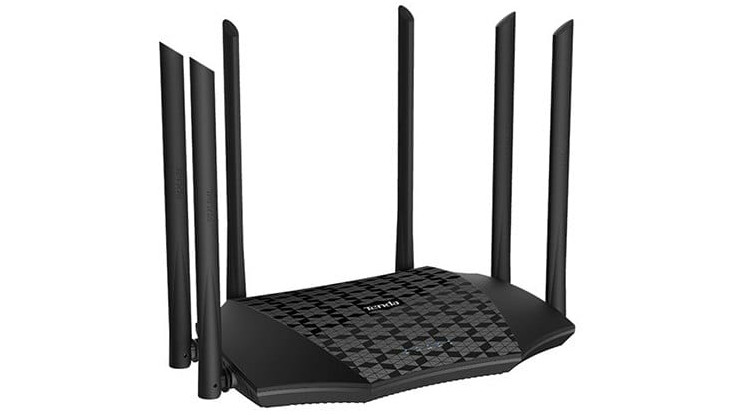 Tenda has today announced the launch of its new gigabit wireless router in India. Dubbed as AC2100 Smart Dual-Band Gigabit WiFi Router, it comes with a price tag of Rs 7,999.

The newly launched Tenda AC21 is stocked with 28nm 1GHz CPU equipped with 500MHz co-processor, a dual-core design that helps in faster processing speed and in optimized operation. Also, the router has an in-built signal amplifier used both on 2.4GHz and 5GHz bands of AC21 to enhance the penetration capability and expand the Wi-Fi coverage. It is also the first router from Tenda to use 6 x 6 dBi external antennas and four data streams of 5Ghz band to provide a better 5GHz Wi-Fi signal.

Tenda AC21, like Tenda’s other AC series wireless router, is equipped with MU-MIMO and Beamforming+ Technology features that help in wider coverage and stable performance. Tenda AC21 comes equipped with full gigabit ports that provide Fiber Internet up to 100 Mbps. AC21 also supports IPv6, it can reduce the data transmission time and minimize the lag, provide a better gaming experience.

Speaking on the launch, John Dong, Director, Tenda India commented, “We at Tenda believe in producing and delivering highest standards of innovations and technology through our relentless efforts. With the launch of AC2100 Dual-band Gigabit Wireless Router, we are bringing modern technological advancements to the Indian market. Tenda AC21 is designed to meet all the daily coverage and gaming requirements for small and medium household and can provide Wi-Fi up-to 30 different devices simultaneously.”