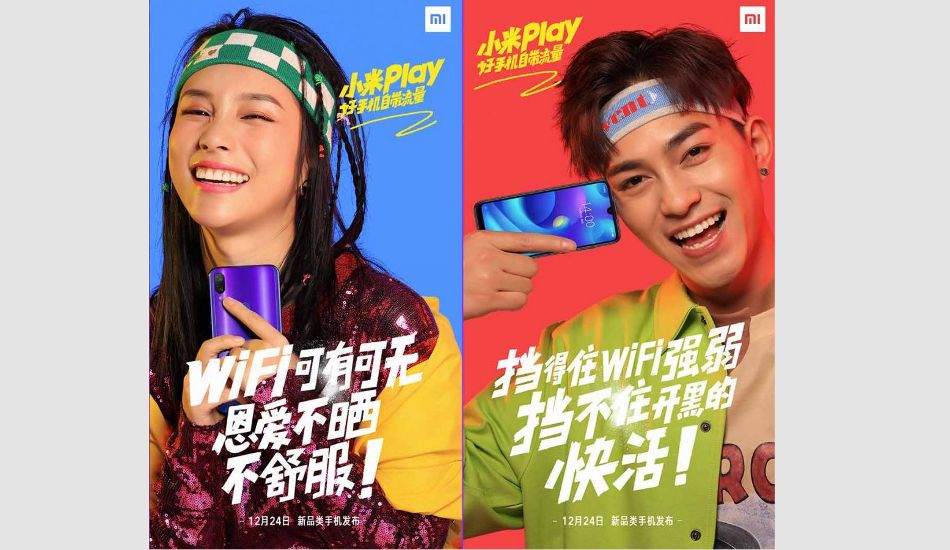 The teaser images show that the Xiaomi Play will sport a waterdrop notch and dual rear cameras stacked vertically.

Xiaomi is all set to launch Xiaomi Play smartphone in China on December 24. Now the company has released several teasers on its Weibo social media handle which show the phone from back as well as its front design.

The teaser images show that the Xiaomi Play will sport a waterdrop notch and dual rear cameras stacked vertically. The rear side of the phone seems to feature a glass panel. Apart from featuring dual cameras, the back also features a rear-mounted fingerprint scanner. 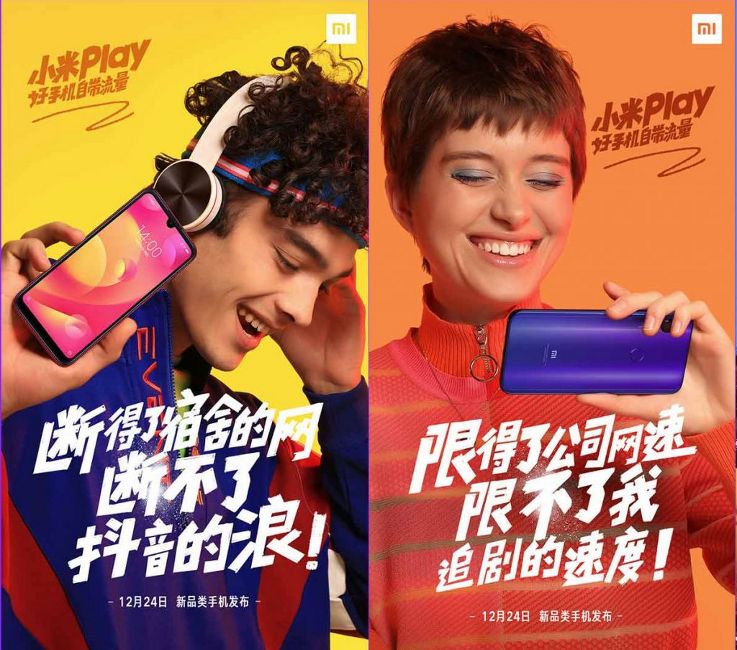 Xiaomi Play is said to be the same phone which was spotted on TENAA recently but was mistaken for Xiaomi Redmi 7 Pro. There are also rumours that the Xiaomi Play will be the rebranded version of the Poco F1 for the Chinese market.Xiaomi Poco F1 smartphone was launched in India in August this year starting Rs 20,999.

The phone features dual rear camera setup with 12-megapixel primary sensor with LED Flash. The front will feature a 8-megapixel camera. The phone runs Android 8.1 (Oreo) with MIUI 10 and has 2900 mAh battery. It will also feature a fingerprint sensor at the back. The dimensions are 147.76 x 71.89 x 7.8mm and the weight is 150 grams. Sensors include Gravity sensor, distance sensor, light sensor, fingerprint recognition. Connectivity features will include 4G VoLTE, Wi-Fi 802.11, Bluetooth, GPS /A-GLONASS. The listing revealed that it will come in Black, white, blue, red, yellow, pink, green, purple, pink, gold, silver, gray colours.