There are rumours that the Xiaomi Play will be the rebranded version of the Poco F1 for the Chinese market.

Xiaomi has announced that it will be holding an event on December 24 in China to launch its next smartphone. The company will be launching a new smartphone under Play series.

Xiaomi has now shared a new teaser image on the Chinese social media platform Weibo, confirming the launch of the Xiaomi Play on December 24. The company used the tagline, “New mobile phone, released on December 24, Xiaomi Play comes with traffic, maybe the Christmas gift you want most.” 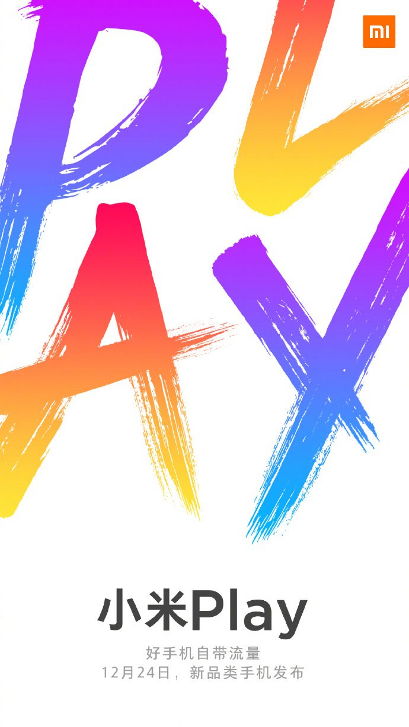 Poco F1 features a 6.18-inch Full HD+ notch display with 2246 x 1080 pixel resolution and 19:9 aspect ratio. It is powered by Qualcomm Snapdragon 845 processor clocked at up to 2.8 GHz with Adreno 630 GPU. It now runs on Android Pie out-of-the-box and backed up by 4,000mAh battery with Quick Charge 3.0 support. There is also a rear-mounted fingerprint sensor. It features dual rear camera of 12-megapixel primary Sony IMX363 sensor and a 5-megapixel secondary Samsung sensor. It has a 20-megapixel selfie camera along with support for IR face unlock feature.