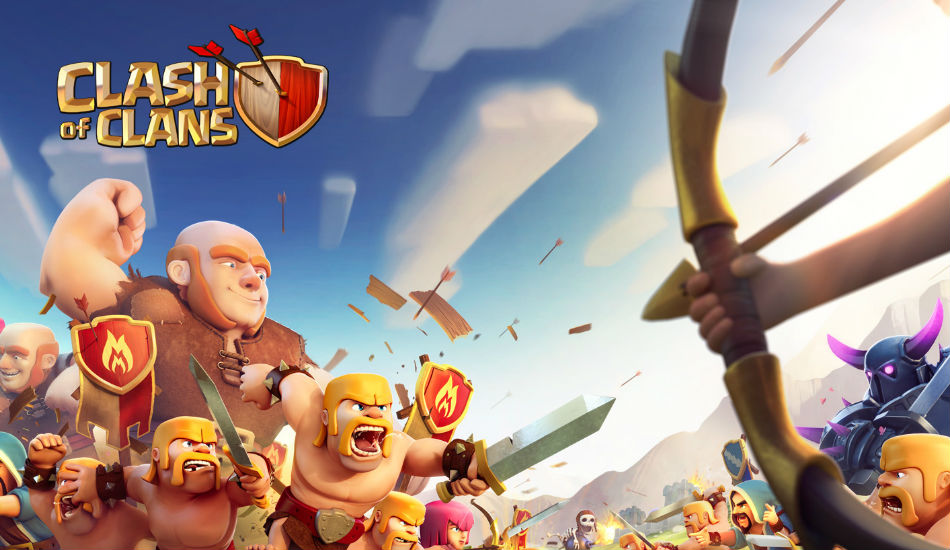 It is a freemium game available for free download on Google Play Store and Apple App Store.

Hugely popular tactical strategy game Clash of Clan’s has got a new update. It is a freemium game available for free download on Google Play Store and Apple App Store. To download it one will require 74.30 MB of free space.

“Clash of Clans” enthusiasts had been waiting for this update for a long time. The new builder base needs you to make it till “Town Hall Level-4” at your home village and then to rebuild the boat so as to set sail across the sea. The curiosity for the new features was evident from the fact that, “Captains Log” video series was viewed by more than 75 million people around the globe on YouTube.

There has been a major revamp in the way clash of clans has been played, with fellow players previously having friendly challenges at each other, but now they can go head-to-head with each other full guns blazing. Interestingly, the gold and elixir collected here can’t be used in the default base, but on the contrary, the gems can be used. The dearth of changes doesn’t stop here; there are many tantalising twists which have been getting mixed reviews from the players, like the “Archer Tower’s” switching between the long range or fast attack mode, multi-mortars having a multi-layered attack, just like a catapult ballistic missile.

The older warhorses like “Sneaky Archer” will be getting new abilities. Like, having a cloaking ability just same as Harry Potter, albeit, for a short period and of course the “Boxer Giant” whose first power punch will wreak such damage that it can put Marvel’s “Iron Fist” to shame.

The most impressive attribute is the “Master Builder” who is unlocked at the “Building Hall 5” and is being painted as the new hero in a Clash of Clans community. The new features will draw a lot of new gamers, but some users feel like Supercell is making a Clash of Clans tad similar to clash Royale(another supercell product) therefore losing on the originality. Some even say that it is Clash of Clans-2 with existing gamers having to start from the scratch.

The ever growing profit of Supercell resulted in Tencent investing $8.6 billion last year in acquiring a significant chunk of it and raising the valuation of Supercell to a catastrophically $10.2 billion. Already one of the tops downloaded games on Google Play and Apple App Store, this update is sure to create ripples in the smartphone gaming industry!