Sony has launched the Xperia 1 IV and the Xperia 10 IV smartphones which come with OLED displays, 5000mAh battery and more. 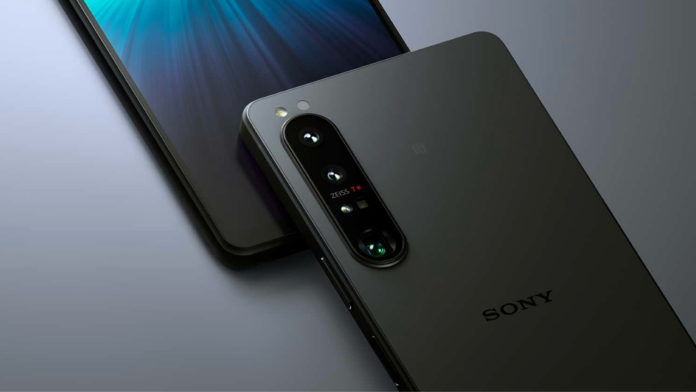 Sony Xperia 10 IV comes in black, white, mint and lavender colours. It retails for €499 (approx Rs 40,700) and is set to go on open sale from June. The Xperia 1 IV will sell for $1599 (approx Rs 1,23,500) and will go on sale in September of 2022. However, it is available for pre-order starting today on Sony’s official website. The device comes in multiple colours, including Black, Ice White, and Purple.

The Xperia 10 IV sports a 6-inch OLED display with a Full HD+ screen resolution, 60Hz refresh rate and a 21:9 aspect ratio. It offers a brighter Triluminous panel which is claimed to be 50 percent brighter than its predecessor. It also has Gorilla Glass Victus for protection.

It is powered by the Qualcomm Snapdragon 695 5G chipset, paired with 6GB of RAM and 128GB of internal storage. The storage is expandable up to 1TB using a microSD card. There’s a triple camera setup at the back, including a 12-megapixel primary sensor, an 8-megapixel ultra-wide lens, and an 8-megapixel 2x telephoto lens. On the front, there’s an 8-megapixel shooter for taking selfies.

The Xperia 10 IV packs a 5000mAh battery with 30W fast charging support. However, you do not get a charger in box. Connectivity options include 5G, dual band Wi-Fi, GPS, A-GPS, USB-C 2.0, Bluetooth 5.1 and NFC. Additional features include IP68 rating, 3.5mm headphone jack, and 360 Audio.

The Xperia 1 IV features a 6.5-inch 4K OLED display with support for a 120Hz refresh rate, 21:9 aspect ratio, 240Hz touch sampling rate and 240Hz motion blur rate. You also get DCI-P3 100% colour gamut and 10-bit tonal gradation. The smartphone is powered by the Snapdragon 8 Gen 1 SoC with 12GB of LPDDR5 RAM and 512GB of UFS 3.1 storage. The storage is also expandable up to 1TB via a MicroSD card slot.

The Xperia 1 IV features a triple camera setup that consists of three 12 megapixel sensors. This includes the 24mm f/1.7 primary camera that has a 1/1.7 inch sensor, a 16mm f/2.2 ultra wide angle lens, and an 85 to 125mm f/2.3 to 2.8 telephoto zoom lens. All of these sensors have support for OIS (Optical Image Stabilization). On the front also you get a 12-megapixel sensor for selfies.