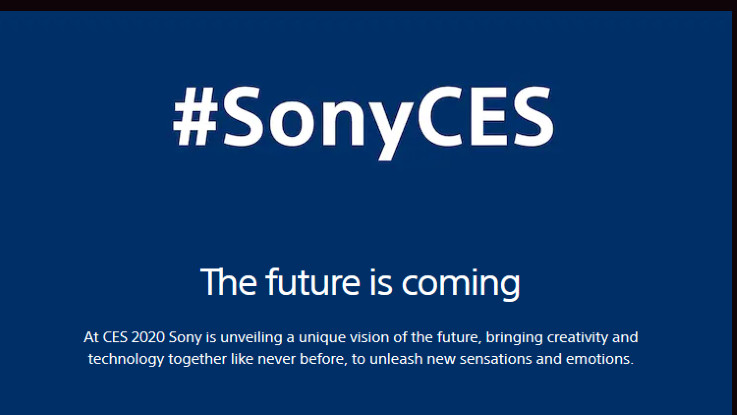 It is highly likely that the brand will introduce a new range of Bluetooth accessories and it might also show its new range of Smart TVs during the presentation.

Sony has confirmed that it will be hosting an event at the upcoming Consumer Electronics Show (CES) 2020. The company has revealed that it will hold a presentation on January 06 at 17:00 PST.

The company has revealed that it will unveil a “unique vision of the future, bringing creativity and technology together like never before, to unleash new sensations and emotions.” That said, it is highly likely that the brand will introduce a new range of Bluetooth accessories and it might also show its new range of Smart TVs during the presentation. Sony is reportedly working on an Xperia 3 smartphone, but it might get unveiled at Mobile World Congress (MWC) or IFA event and not during the CES event.

Previously, the brand introduced a new Alpha A9 II full-frame camera in India. The full-frame interchangeable lens camera comes with a starting price of Rs 399,990 and it is available for purchase from Sony Center and major electronics stores across the country.

The Sony Alpha A9 II is loaded with a 24.2-megapixel Exmor RS CMOS sensor along with Bionz X image processor. The camera is equipped with 693 phase-detection AF points and 425 contrast-detect points with a 93 per cent coverage remain intact.