The device comes with 100 Watts of sound output along with Bluetooth/NFC connectivity.

Sony India has launched an NFC powered speaker for smartphones, called the Sony GTK-N1BT. Basically the GTK-N1BT is an integrated 1 box speaker solution for smartphones that comes complete with Bluetooth, NFC and Aux-in capabilities. The GTK-N1BT also features USB port for music playback for Apple branded devices such as the iPad and the Apple iPhone.

The Sony GTK-N1BT speaker features a 2.1 driver setup including a big 6.2 inch subwoofer for deeper bass and twin 2.5 inch drivers for stereo sound. The speaker has power output of 100 Watts which we believe is the RMS (Root Mean Square) power output. 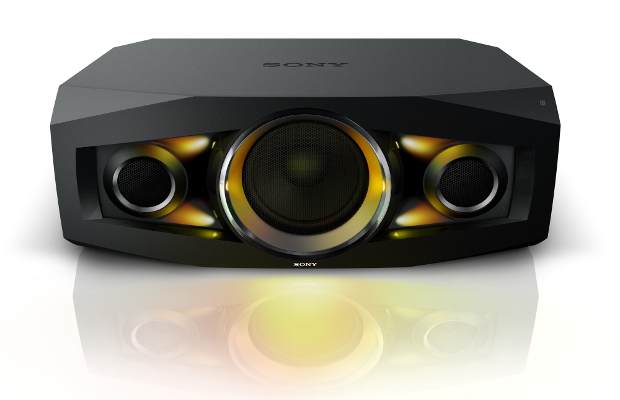 The speaker comes with an Android application that will allow Andoid smartphones to play music seamlessly without having the need to manually walk up to the speaker and changing music or controlling the volume. Thanks to NFC (Near Field Communication), it can be paired with compatible smartphones just a simple tap.

The speaker has been priced at Rs 16,990 at which the Sony GTK-N1BT comes as a powerful solution for music lovers but its utility is reduced a bit by its limited capabilities and the absence of battery power. The Sony GTK-N1BT is required to be hooked on to a power socket for working and at the same time it also allows for charging of the devices as well.