Sony has launched the new Alpha ZV-E10 mirrorless camera in India that comes with a vari-angle LCD display and 125 minute battery life. 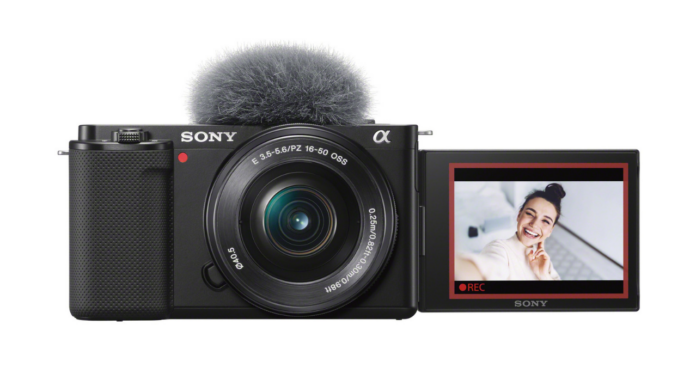 At its core, the Alpha ZV-E10 features a 24.2-megapixel (approx. effective) APS-C Exmor CMOS sensor and BIONZ X image processing engine. In addition, it includes the acclaimed video-specific features favoured in the popular digital camera ZV-1. These include “Background Defocus”, which can smoothly switch between a blurred (bokeh) and sharp background.

The new mirrorless camera from Sony features a side-opening Vari-angle LCD Screen. It allows creators to connect external mics on top of the camera. This simplifies their setup while allowing users to see the screen in selfie shooting mode and from high and low angles.

The camera includes advanced video features such as 4K video shooting through full pixel readout without pixel binning. In addition, users can comfortably operate the new Alpha ZV-E10 with its easy-to-hold body grip and large MOVIE button located on top of the camera. When paired with the optional Shooting Grip with Wireless Remote Commander (GP-VPT2BT, sold separately), one-handed shooting is simplified with easy to access zoom, record and a customisable button.

Moreover, the ZV-E10 can also be used as a high-quality webcam or live streaming camera by simply connecting it to a PC or smartphone. Using Sony’s Imaging Edge Mobile app, users can transfer selected images and video files to a mobile device via Wi-Fi. This also allows the user to transfer RAW image files.