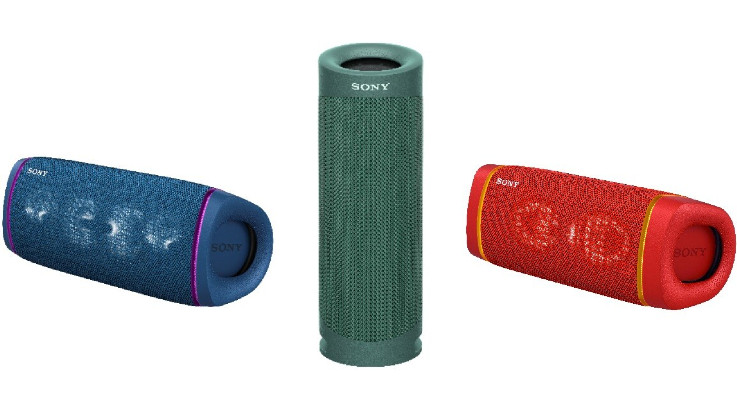 Sony has announced the launch of a new range of wireless speakers in India. The company has introduced Sony SRS-XB43, SRS-XB33, SRS-XB23 Extra Bass wireless speakers in the country. The speakers will be available for purchase from online and leading retail stores starting from July 16.

The company has revealed that all three models come with a built-in microphone that allows users to take calls from their smartphones. The models also support Bluetooth 5.0 connectivity option and it comes with a Party Connect feature through which one can connect up to 100 compatible wireless speakers and sync the music. The Sony SRS-XB43 and XB33 come with multi-colour lights, which can be synced with the beats.

The SRS-XB33 and XB23 come with the non-circular diaphragm and an off-centre design, which provides better sound quality. The SRS-XB43 features a rectangular diaphragm along with a combined woofer and tweeter system that provide enhanced sound output. The SRS-XB43 and XB33 offer music playback for up to 24 hours, while the SRS-XB23 offers a battery backup of 12 hours.

The three models come with IP67 ratings making them dust and water resistant. The company claims that the devices are rustproof as well. The models also come with Google Assistant and Siri support and one can control the speaker with simple voice commands.