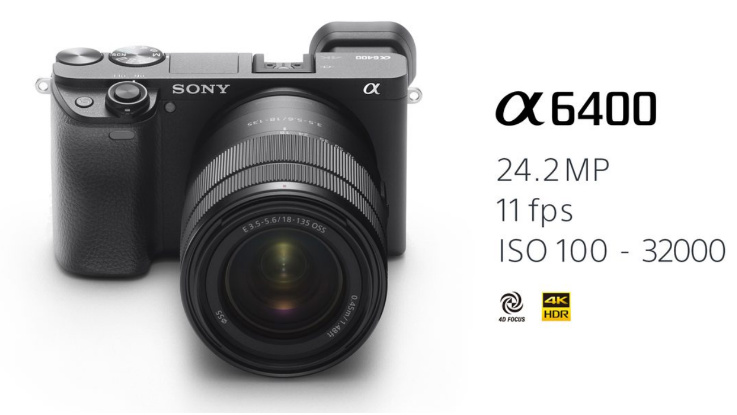 The new ?6400 will be available across all Sony Center, Alpha Flagship stores and major electronic stores across India starting from February 08, 2019.

The brand claims it to be the world’s first camera to feature AI-powered autofocus. The camera was launched in the US in January this year. The mirrorless camera from Sony is loaded with a 24.2-megapixel APS-C Exmor CMOS sensor along with Sony’s new Bionz image processor. The major highlight of the camera is that it features 425 phase-detection AF points and 425 contrast-detection AF points that are placed over the entire image area, covering approximately 84 per cent of the image area.

This coupled with new-generation BIONZ X image processing engine allows the camera to focus in 0.02 seconds. There is Hi-density AF Tracking technology that follows moving subjects.

The camera features real-time Eye AF that uses artificial employs artificial intelligence (AI) based object recognition to detect and process eye data in real time, resulting in enhanced accuracy, speed and tracking the performance of Eye AF. The mode starts working in all autofocus mode when the shutter is half-pressed.

Then there is a Real-time Tracking mode that uses AI to detect object recognition and processes colour, subject distance (depth), pattern (brightness) as spatial information for higher accuracy. One can shoot continuous shots up to 11 fps and up to 8fps in silent mode. The camera has a sensitivity range of ISO 100 to ISO 102400. The camera can shoot videos up to 4K resolution and one can also shoot slow motion up to 5x and quick motion up to 60x.