Xiaomi, Realme and Motorola are in the race to launch the first smartphone equipped with Snapdragon 8 Gen 1 SoC. 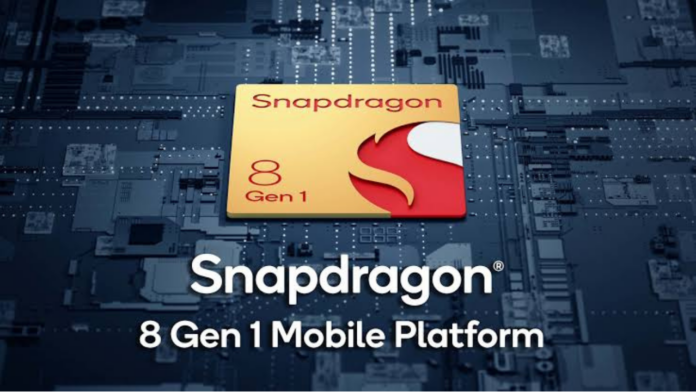 Qualcomm has announced the Snapdragon 8 Gen 1 processor to power the next generation of flagship Android smartphones. The processor is based on a 4nm node and the cores are based on the ARMv9 designs. The prime core is a Cortex-X2 and is clocked at 3.0GHz. The new processor sure is powerful and a lot of OEMs are eyeing launching their respective products with this SoC.

Specifically, brands such as Xiaomi, Realme, Motorola have announced that they will be among the first to launch a device with a Snapdragon 8 Gen 1 SoC. But who will be the first? Only Time will tell but let’s check out the smartphones which are confirmed to come with Snapdragon 8 Gen 1.

Motorola is currently the only company that has revealed a concrete launch date on which it will be unveiling its smartphone equipped with the Snapdragon 8 Gen 1. However, the company has announced that it will be launching its Motorola Edge X30 on December 9 in China.

The Edge X30 was recently teased via a post on Weibo by Chen Jin, General Manager of Lenovo Mobile Business Group, which shows that he is using a mysterious new smartphone to publish posts. This smartphone is expected to be the Motorola Edge X30, launching globally as the Motorola Edge 30 Ultra.

The smartphone is expected to come with a 6.67-inch FHD+ OLED display with a 144Hz refresh rate. It will be sporting a punch-hole design and will come with an in-display fingerprint scanner for security. At the back, it will feature a 50-megapixel + 50-megapixel + 2-megapixel triple camera system. The punch-hole on the front may house a 60-megapixel camera for selfies. It could be backed by a 5,000mAh battery with 68W fast charging. It could have up to 512GB of UFS 3.1 storage and 16GB of LPDDR5 RAM.

Xiaomi has said that its 12 series will also tag along with the world debut of Snapdragon 8 Gen 1. However, it has not provided an exact launch date for the Xiaomi 12 and is still labelled under the ‘Coming Soon’ phase. To recall, Xiaomi’s Mi 11 was the first smartphone last year with a Snapdragon 888 chipset.

Xiaomi does claim World Debut of the Snapdragon 8 Gen 1. However, it is still not clear whether it will launch it before Motorola launches its Edge X30. The device was first expected to debut on December 12. However, it was leaked later on that the launch date had been delayed to December 28. The device is expected to sport a 50-megapixel camera setup at the back. Both could come with MIUI 12.5 and be the first ones to be upgraded to MIUI 13.

“Our collaboration with Qualcomm Technologies on Realme GT 2 Pro will create an unparalleled 5G experience across all aspects – be it gaming, camera, daily usage or 5G network,” said Madhav Sheth, CEO – Realme India.

Realme GT 2 Pro has been confirmed to be the most premium flagship smartphone from the company. While Realme also didn’t reveal an exact date for the smartphone’s launch, confirming that the Realme GT 2 Pro will be among the first smartphones to come with Snapdragon 8 Gen 1 hints towards an imminent launch of the same.

As for the specifications of the Realme GT 2 Pro, it should sport a 6.51-inch AMOLED screen with a Full HD+ resolution. This display will refresh at a rate of 120Hz. There will be an in-display fingerprint sensor as well. On the front, the smartphone shall have a hole-punch design for a 32-megapixel selfie camera. At the rear, you may get a 108-megapixel primary sensor, an 8-megapixel wide-angle lens, and a 5-megapixel tertiary camera.

The race between the three brands is evident and as of now, Motorola seems to be ahead of the rest two as it has a concrete launch date. It is yet to be seen if Motorola wins the race or Xiaomi and Realme take the lead. Apart from these three brands, Qualcomm announced that companies including Black Shark, Honor, iQOO, Nubia, OnePlus, Oppo, Sharp, Sony, Vivo, and ZTE are also working on bringing their flagships with Snapdragon 8 Gen 1 that will start arriving in the market by the end of 2021 or early 2022. OnePlus also posted a teaser and confirmed that the new Snapdragon chip will power its upcoming OnePlus 10 series.