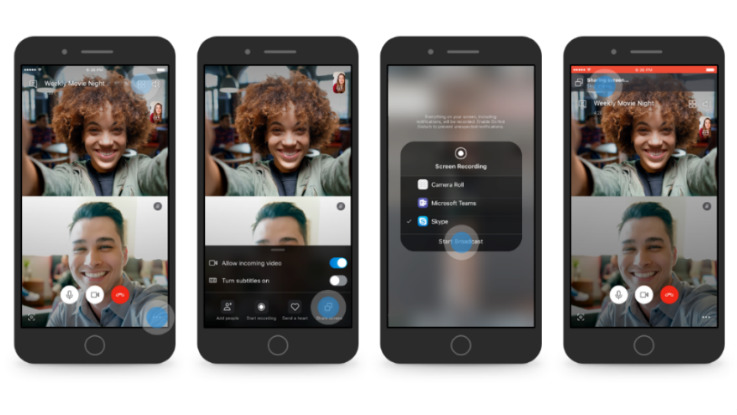 The company has also revealed that is made some improvements to the Skype mobile application as well.

Skype has officially announced that it is rolling out its popular screen sharing feature on Android and iOS. The company has also revealed that is made some improvements to the Skype mobile application.

Starting today, one can simply share the screen without much hassle using the Skype application. In order to do that, one needs to start a Skype call and then tap the ‘…’ menu. Users will then see the option to Start a screencast feature. Tap on it and one can simply start the screen sharing feature.

The company has improved its mobile calling on Skype. With the new update, the calling function will be streamlined and simplified for a seamless video calling experience. The company says that a single tap will dismiss the call controls and let users experience the video call without any obstructions. Double tapping will remove all the feature from the screen and one can bring back the controls by a single tap.

Furthermore, the ‘…’ menu also features some interesting features like call recording and subtitles. The screen sharing on mobile is available on the latest version of Skype on Android and iOS devices running iOS 12 and up.

Previously, Microsoft started rolling out Skype calling on Amazon Alexa-enabled devices. Skype calling on Alexa will allow users to connect to their friends and family handsfree with just a few commands by simply asking their smart display or speaker “Alexa, call Mom on Skype”. Skype will be available on any Amazon Alexa-powered device including Amazon Echo, Echo Plus, Echo Dot, Echo Show, or Echo Spot as well as third-party speakers which are compatible with Amazon Alexa.