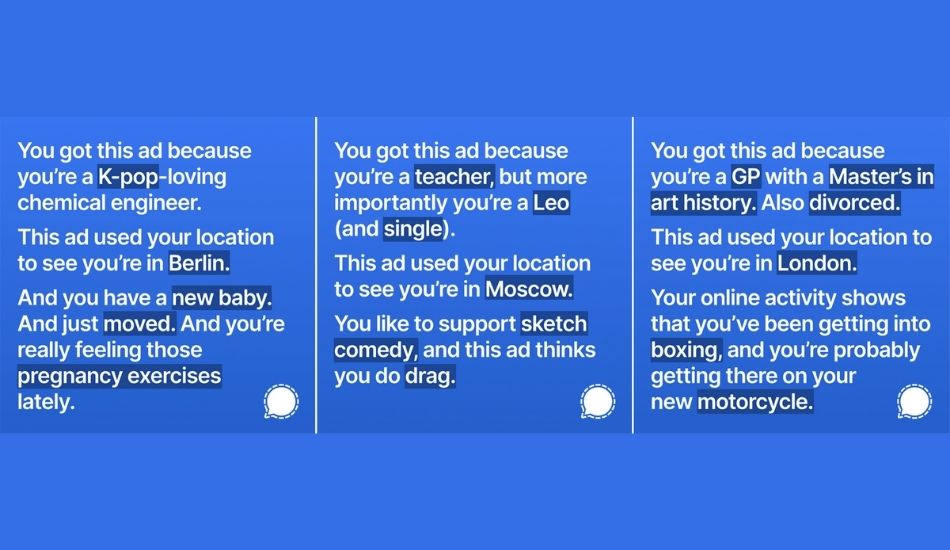 Social Media company Facebook has been flagged multiple times during the past regarding the data it collects of a user and in simple words, the company has been accused of privacy invasion in many people’s lives. While this has been proved multiple times earlier with evidence, Signal wanted to show it to the world once more.

The privacy-focused chat application Signal wanted to show what data Facebook collects and as a result, the company ended up getting its account suspended on the social media platform. Signal created a multi-variant targeted ad designed to show the person the personal data that Facebook collects about them and sells access to. 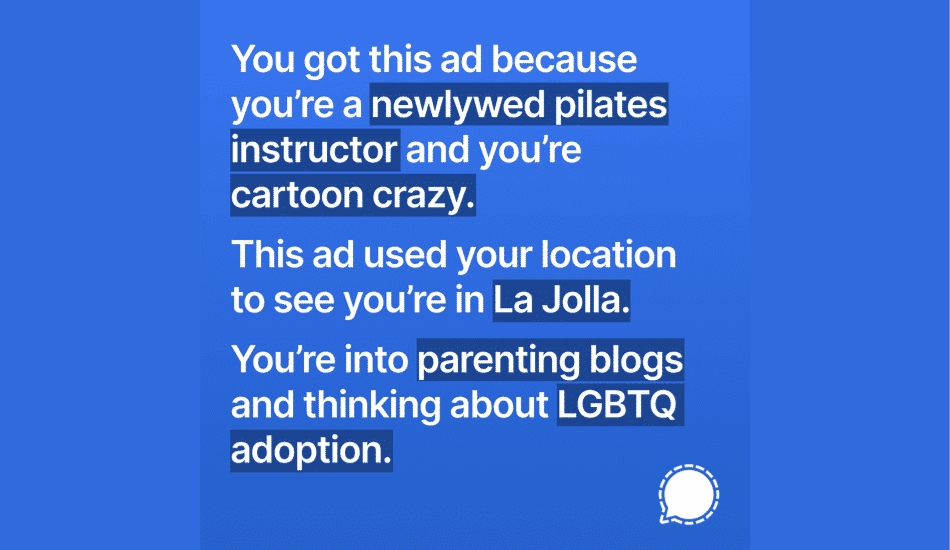 The ad would simply display some of the information collected about the viewer which the advertising platform uses. Signal conveys how Facebook wasn’t into the idea of telling people regarding how their data is being used. “In Facebook’s world, the only acceptable usage is to hide what you’re doing from your audience”, said Signal in a blog post. 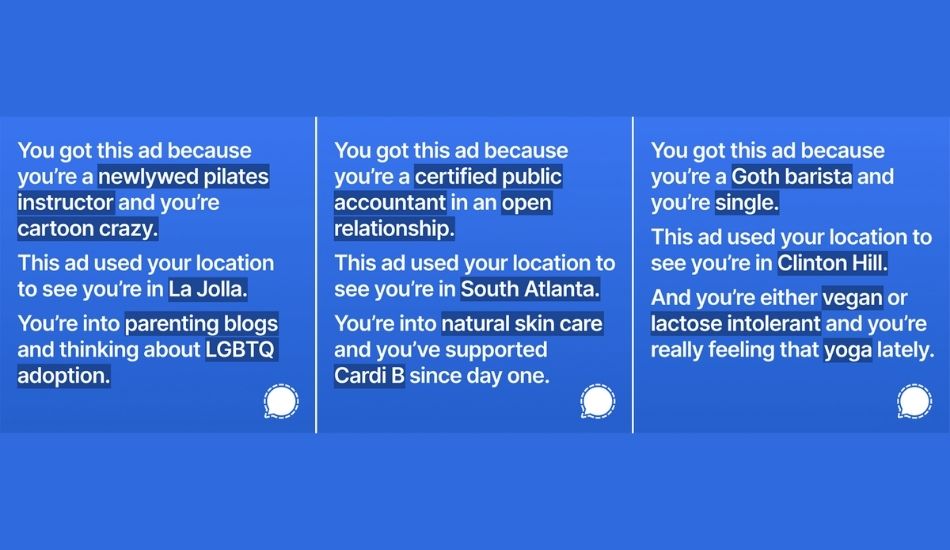 The ads created by Signal are an impactful evidence which shows how much these social media companies such as Facebook are rooted into our lives. Be it your location, your profession or even your hobbies, Facebook has had access to these since the time you created an account on its platform.

Signal tried to expose a part of data which Facebook has been collecting about its users and claims that it collects everything it can from FB, Instagram, and WhatsApp in order to sell visibility into people and their lives. Is it high time we make sure our data remain ours? Or do we let these companies exploit it for their benefit?