Realme has started rolling out a new Smooth Scrolling feature to its select smartphones running Realme UI. This feature allows for a visually smoother, faster effect when scrolling content downwards or upwards.

With this feature turned on not, only does the content scrolls faster, but with just one swipe upwards the scrolling stops much later and reaches further down the page. To activate this feature head over to Settings → realme Lab → and turn on “Smooth scrolling”. 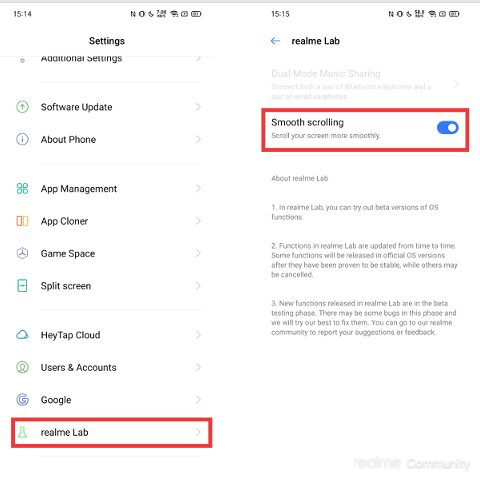 The new feature makes the infinite scrolling on social media apps like Facebook, Instagram, Twitter, and others smoother. The company noted that this feature is part of our realme lab project and will be available to all Realme devices running Realme UI very soon.