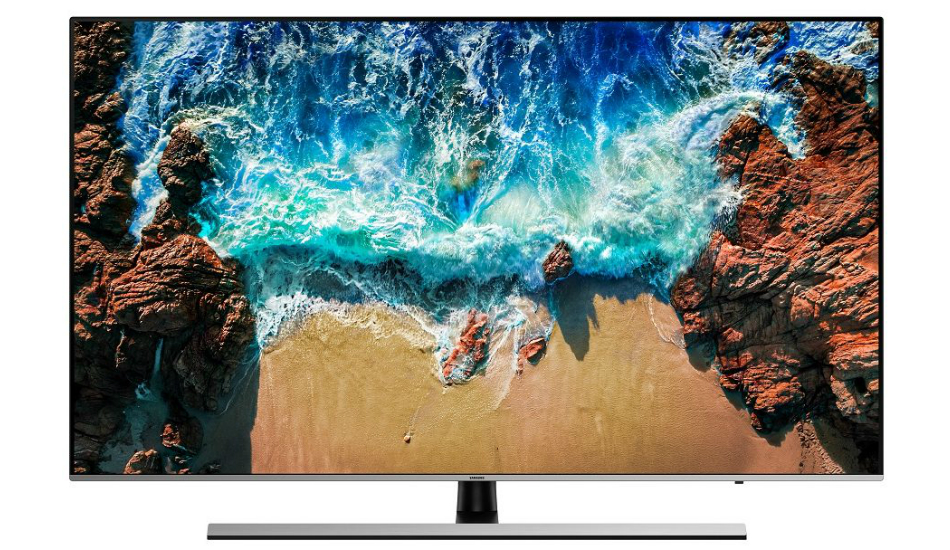 Samsung QLED TV glues onto a wall like a painting and can even mimic patterns on the wall behind the TV to make it blend in with your home decor completely. This is possible through a feature that’s called the Ambient Mode which also displays relevant information through the course of the day when the TV is not in use.

Samsung India today tooth wrappers off the 2018 refreshments of its televisions expanding its QLED Flagship TV along with the mid-range Ultra-HD TVs and the ‘Make for India’ Smart series. The new line of TVs not only provide an enhanced and immersive viewing experience but also sport game-changing innovations in terms of design and features. While the new QLED TV series starts at Rs 2,45,000, the mid-level UHD TVs will be available for a starting price of Rs 64,900. The cheapest of the lot is the Smart and Joy Concert TVs starting for as low as Rs 27,500.

Starting off with the high-end Samsung QLED TV, the screen glues onto the wall like a painting and can even mimic the pattern on the wall behind the TV to make it blend in with your home decor completely. This is possible through a feature that’s called the Ambient Mode which also displays relevant information through the course of the day when the TV is not in use. This can be anything from displaying the weather or the pictures you want to express your mood with while the TV plays as “a window to the world”. 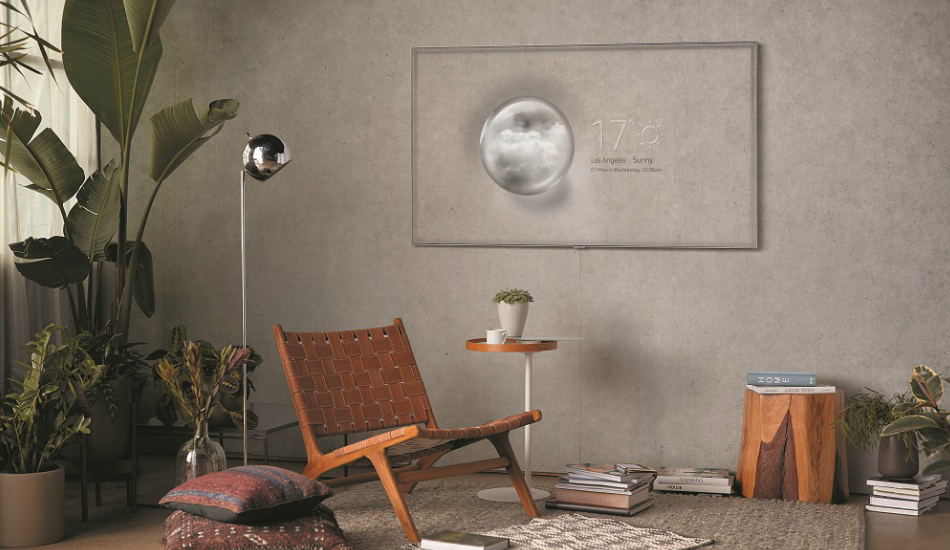 The TV comes with a single invisible connection that’s hardly visible from a distance which will essentially play as the TV’s power supply as well as the AV data cable. With as much as 15 meters of robust transparent cable, users can stack in their set-top boxes and power supply is hidden away from the TV. The QLED TV also features S Voice interaction which allows you to control the content that’s being played on the TV. There’s also a Smart Things app which connects the TV with several IoT devices inside your home and shares content and notifications in synchronization. 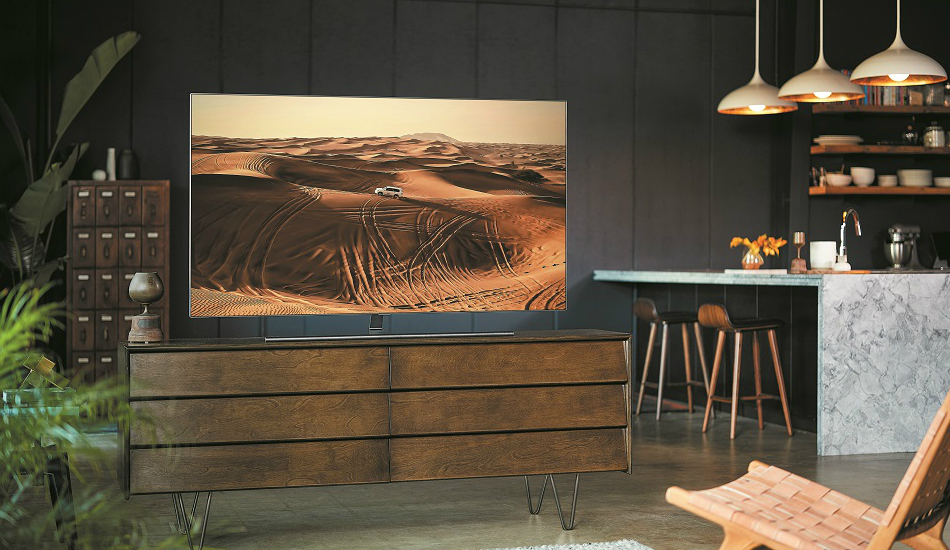 The newest line of Samsung UHD TVs sport a bezel-less Slim matte design that’s characterized by a super bright display that’s equipped with HDR. In addition to the high brightness, the UHD TV comes with a Dynamic Crystal Color technology which delivers optimum viewing angles, deep contrast, high amount of details and vividly saturated colors. The UHD lineup of TVs feature One Remote Control which controls your Smart TV content as well as the connected set-top-box. The Smart Hub and Smart Convergence features allow you to pair your smartphone with the TV and vice versa or connect the unit with a Bluetooth speaker for audio streaming.

The last piece of the Samsung’s puzzle is the new Concert range which comes in two models – Smart Concert and Joy Concert under its ‘Make for India’ initiative. Both TVs deliver a cinematic surround sound with loud volumes through the 4 speakers located at the top and bottom, offering a total of 40-watts for an immersive audio experience on a budget. The lineup also comes with the Smart Hub feature which allows users to browse through a vast library of content online from Netflix, YouTube, Amazon Prime and Jio Cinema.

Samsung is offering the latest flagship of 8 QLED TVs with a ten-year No Screen Burn In-Warranty and a free Galaxy S9 all of which will start for Rs 2,45,000. The base variant of the UHD TV lineup will be launched for a starting price of Rs 64,900 and will be available under 7100 series followed by the 7470, 8000 and The Frame lineup. The budget Smart Concert and Joy Concert lineup will be available in 32-inch, 43-inch, and 49-inch models and will start from Rs 27,500.

Commenting on the launch, Samsung India VP of Consumer Electronics Business, Rajeev Bhutani said “We conducted extensive consumer research and found that consumers need more than just a TV for their living room. The Ambient Mode in Samsung QLED TV allows it to seamlessly blend with your home interiors. We also identified that sound is a major point of concern for Indian TV consumers, hence we developed the Concert series, designed to deliver unmatched sound. Similarly, the UHD series brings in a host of innovations and unparalleled features”.