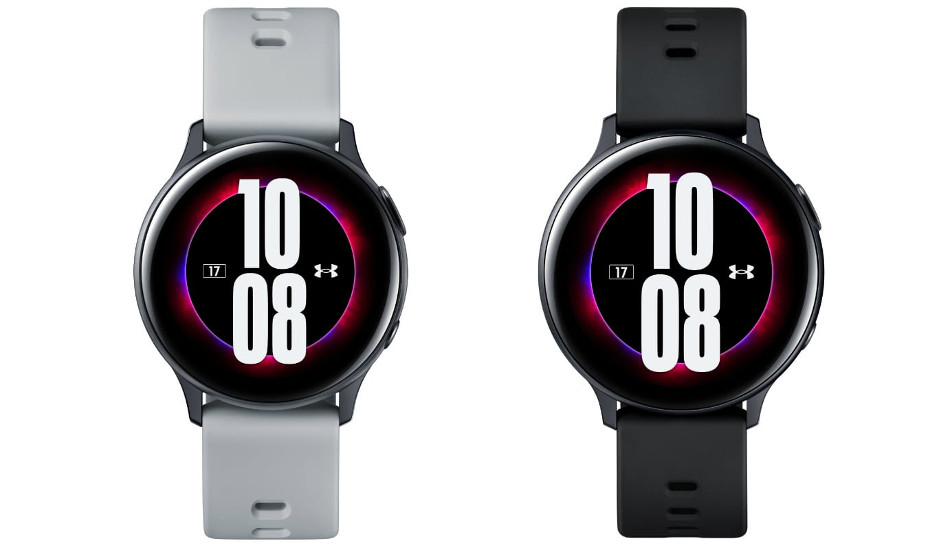 The Under Armour edition will also exclusively offer users the ability to pair with Under Armour’s connected HOVR shoes via the MapMyRun app.

Samsung has partnered with Under Armour to unveil the new smartwatch. Under Armour is a US-based manufacturer of footwear and sports-apparel. The Samsung Galaxy Watch Active2 Under Armour Edition comes with 6 months of free MapMyRun premium membership. The Under Armour edition will also exclusively offer users the ability to pair with Under Armour’s connected HOVR shoes via the MapMyRun app. Furthermore, by connecting the watch with smartphones, users can see more detailed workout reports with added insights.

There will be two size options: a 44mm variant with a black strap, and smaller 40mm version with mod gray strap. Both straps are made with Fluoroelastomer (FKM) material and feature a breathable design. The rest of the features are mostly similar to the standard Galaxy Watch Active 2 variant.

The 40mm variant has a 247mAh battery, while the 44mm variant comes with a 340mAh battery. It is powered by the Exynos 9110 processor paired with up to 1.5GB of RAM and 4GB of internal storage. It has various sensors including a heart-rate sensor, ECG sensor, accelerometer, gyroscope, barometer, and ambient light sensor. It is powered by the Tizen platform and is compatible with devices running Android 5.0 or higher or iOS 9.0 or above.