Samsung introduces Galaxy A52 5G, Galaxy A52, Galaxy A72 at its Galaxy Awesome Unpacked event

Samsung has introduced three new mid-rangers for the consumers including a Galaxy A52 5G, Galaxy A52 5G and the Galaxy A72 as well.

Samsung held a ‘Galaxy Awesome Unpacked’ event yesterday at which the company announced three new mid-rangers including the Galaxy A52 5G, Galaxy A52 (4G) and the Galaxy A72.

Samsung’s new A-series devices look to be a decent set of all-rounders with enough power to handle heavy tasks as well. The Samsung Galaxy A52’s price begins from €349 (approx Rs 30,200).

The price of the Samsung Galaxy A52 and A72 in India is yet to be revealed. 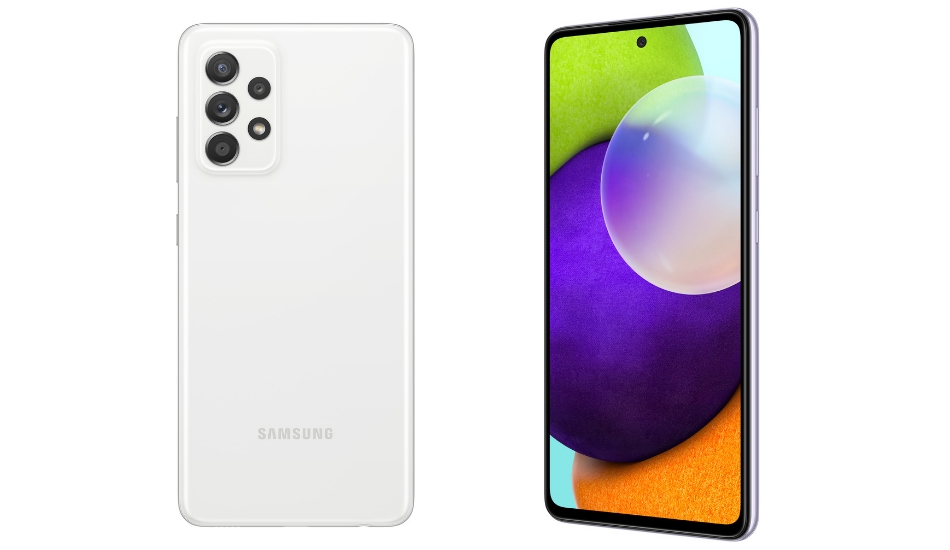 Both the variants of the Galaxy A52 sport a 6.5-inch FHD+ Super AMOLED display. Where the Galaxy A52 5G comes with a 120Hz display, the regular Galaxy A52 has a 90Hz refresh rate display. In High Brightness Mode this panel can reach 800 nits of peak brightness. Gorilla Glass 5 protection is also present.

The Galaxy A52 5G is powered by the Snapdragon 750G SoC whereas the LTE variant is powered by the Snapdragon 720G. The 4G model comes with 4GB of RAM as standard, but can go up to 6GB and 8GB. The 5G model drops the 4GB option, and can go till 6GB and 8GB. Either way, base storage is 128GB and you can go up to 256GB. Expandable storage is also present on both the phones.

Samsung’s main focus this time is on the cameras. The phones feature a 64MP f/1.8 primary shooter which gas OIS, and Tetra-binning tech. There is a 12MP ultra-wide angle camera as well (123º field of view) with an f/2.2 lens. The two additional sensors include a 5MP depth and a 5MP macro sensor. There’s a 32MP sensor on the front for selfies and video calls.

Both the smartphones are backed by a 4500mAh battery with support for 25W fast charging, although you only get a 15W charger in-box. The smartphones run on OneUI 3.1 based on Android 11 out-of-the-box. Additional features include a 3.5mm headphone jack, as well as Dual stereo speakers backed by Dolby Audio tech. 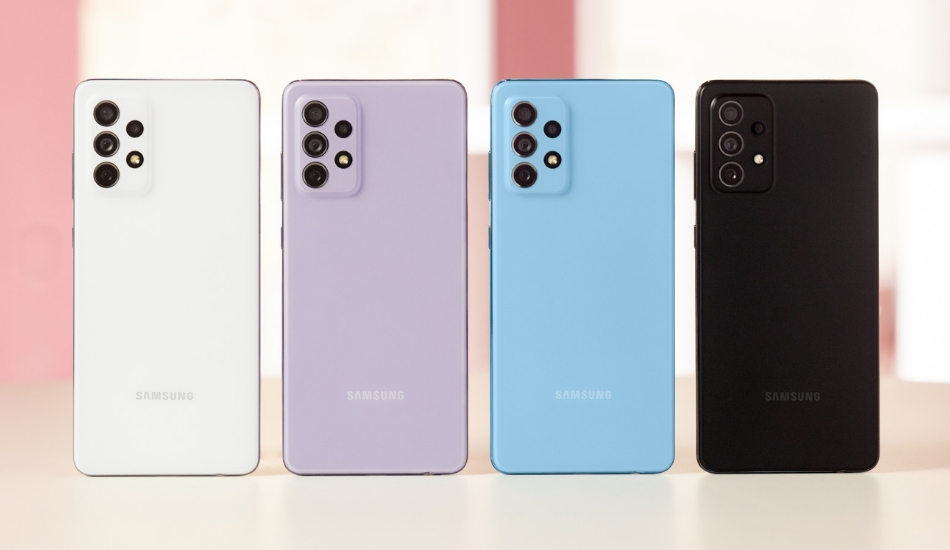 The Galaxy A72 features a bigger 6.7-inch FHD+ Super AMOLED display with a refresh rate of 90Hz and peak brightness of 800 nits. The smartphone also features an In-display fingerprint sensor. There’s a 32MP f/2.2 front facing camera housed inside a centered punch-hole.

The smartphone almost looks identical to the Galaxy A52 LTE variant as this one is also powered by the same Snapdragon 720G chipset by Qualcomm. You get 6GB and 8GB of RAM paired with 128GB and 256GB of storage which is expandable up to 1TB via a microSD card.

What’s upgraded here is a 3x telephoto lens that is an 8MP shooter with f/2.4 aperture and also supporting OIS. The remaining cameras are identical to the Galaxy A52 variants including a 64MP primary sensor, 12MP ultra-wide sensor and a 5MP depth sensor.

The smartphone is backed by a bigger 5,000mAh battery with 25W fast charging support. The Galaxy A72 runs on OneUI 3.1 based on Android 11 and also features Dual stereo speakers with Dolby Audio, IP67 rating for dust and water resistance, and also a 3.5mm headphone jack.