Samsung Galaxy Z Fold 4 is set to be announced in the second half of this year and the camera details for the device have been tipped. 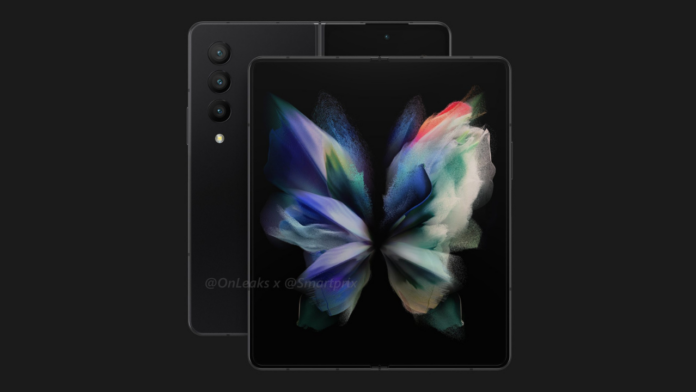 Samsung’s upcoming Galaxy Z Fold 4 is one of the most anticipated smartphones of the year and it seems like Samsung is working hard on meeting everyone’s expectations. A new leak regarding the Galaxy Z Fold 4 has unfolded online where the camera details of the smartphone have been revealed.

A tip from Ice Universe says that the triple camera system of the Z Fold 4 will have a 50-megapixel primary camera, a 12-megapixel ultrawide lens and a 12-megapixel telephoto camera with 3x zoom. While the primary and ultrawide sensors seem to be identical to Galaxy S22 and the S22+, the telephoto lens is expected to be better than any Samsung Galaxy smartphone.

The tipster says that Galaxy Z Fold 4 will have Samsung’s strongest 3x camera ever, which will be stronger even than the S22 Ultra. Further, the renders for the Galaxy Z Fold 4 were recently leaked as well. It suggests that the Z Fold 4 will adopt the design from the Galaxy S22 Ultra and thats explainable considering both are top tier phones from Samsung. The Galaxy Z Fold 4 flaunts a 6.2-inch cover display and a 7.6-inch display inside when unfolded. It will be a high refresh OLED panel.

The device has flat sides and has a stereo speaker setup. It has a Type-C port at the bottom. There’s fingerprint sensor integrated power button on the right and the smartphone is further expected to sport an improved hinge design as well.

As for the second foldable that is set to be announced, it will have a design which will look similar to the current generation Galaxy Z Flip 3. However, there will be some minor changes to the dimensions. The handset should also be available in multiple colour options. It will sport the same dual tone look with two cameras at the back.