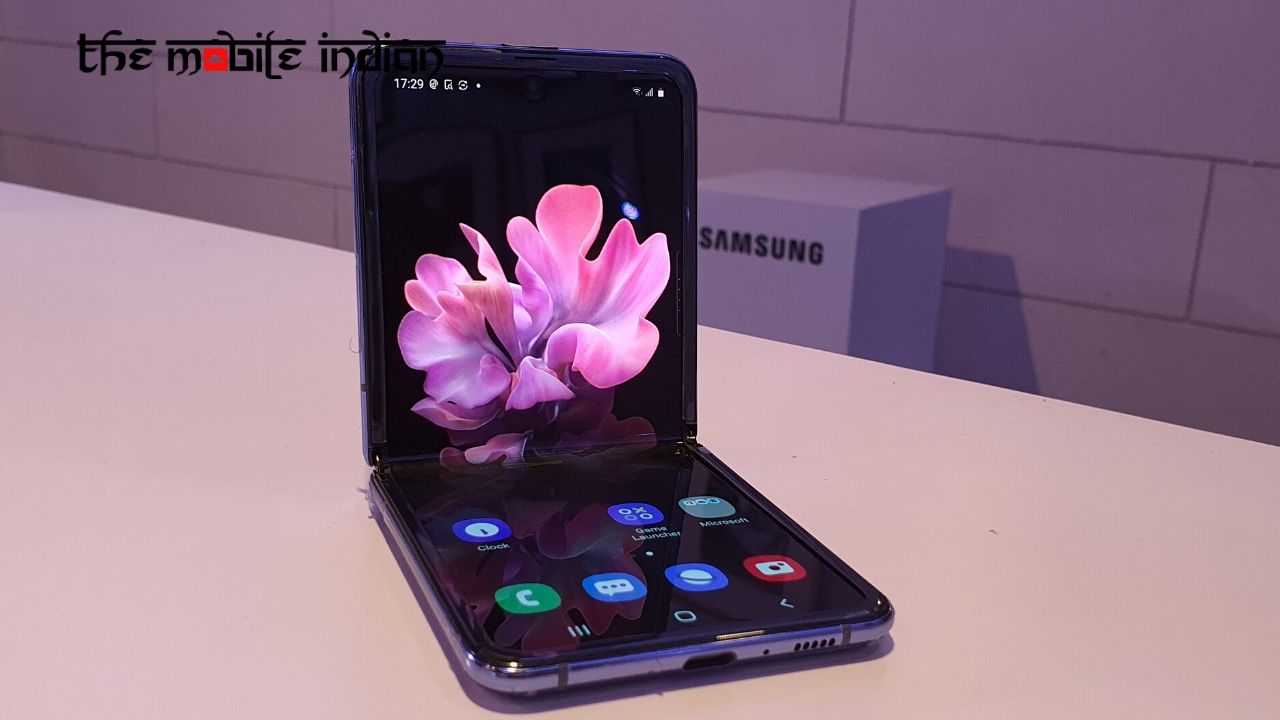 Samsung has rolled out a new software update to Samsung Galaxy Z Flip which comes with improved camera Flex Mode and April security patch as well.

Samsung has rolled out the update with the firmware version F700FXXU1ATD6 for the Galaxy Z Flip in Italy, reports SamMobile. The new software update is rolling out over the air To check the update manually, go to the Settings app and tap Settings » Software update. Currently, the update is not available in India and is expected to arrive soon.

The update brings the latest security patch and improves the Flex Mode functionality for the camera app. The Flex Mode now enhances the tripod-like capabilities to the Galaxy Z Flip.

Samsung Galaxy Z Flip launched in India earlier this year for Rs 1,09,999for the sole 8GB + 256GB model. The Galaxy Z Flip features a 6.7-inch Full HD+ Dynamic AMOLED Infinity Flex display with a screen resolution of 2636 x 1080 pixels along with 22:9 aspect ratio and 425ppi pixel density. There is a secondary display at the back panel that comes with a 1.1-inch Super AMOLED display screen with 300 x 112 pixel resolution.

The smartphone comes with a dual-camera setup with a combination of 12-megapixel dual pixel sensor with f/1.8 aperture and a 12-megapixel wide-angle lens with 123-degree Field of View and f/2.2 aperture. For the front, the phone will be loaded with a 10-megapixel selfie camera with f/2.4 aperture and autofocus feature.

The Galaxy Z Flip is powered by an octa-core processor along with 8GB of RAM and 256GB of internal storage. It has a 3,300mAh battery with 15W fast charging support and runs on Android 10 based on OneUI 2.0.