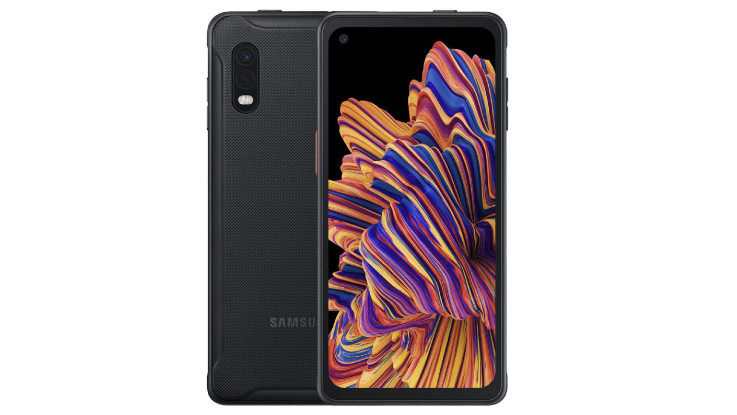 Samsung Galaxy XCover Pro is equipped with a 6.3-inch Full HD+ Infinity-O display with a screen resolution of 2400 x 1080 pixels.

Samsung is reportedly working on a new rugged smartphone, named as Galaxy XCover Pro. Now, just ahead of launch, key specifications and renders of the upcoming smartphone have been leaked online.

The renders and alleged specifications were shared by WinFuture. Starting with the render, it shows that the upcoming smartphone will come loaded with a rugged design. The front comes with a punch-hole display, while the back is loaded with dual-camera setup. The left side features power on/off button, while the left is loaded with volume controls.

The report highlights that the upcoming Samsung Galaxy XCover Pro will go on sale in Europe in early February 2020. The smartphone is expected to be priced under 500 Euros (approx. Rs 40,000).

Coming to the specifications, the Galaxy XCover Pro is equipped with a 6.3-inch Full HD+ Infinity-O display with a screen resolution of 2400 x 1080 pixels. The smartphone is powered by an octa-core Samsung Exynos 9611 processor clocked at 2.3GHz along with Mali-G72 GPU. The phone is loaded with 4GB of RAM and 64GB of internal storage, which can be further expanded up to 512GB via microSD card slot.

On the camera front, the Galaxy XCover Pro is loaded with a dual-camera setup which comes with a combination of 25-megapixel primary lens along with an 8-megapixel wide-angle sensor. For the front, there is a 13-megapixel selfie shooter.

The phone is loaded with a side-mounted fingerprint sensor and it is also loaded with push to talk button. The device is IP68 certified making it water and dust resistant and it is loaded MIL-STD-810G certified. The phone runs on Android 10 with OneUI 2.0 and it is loaded with 4020mAh battery. On the connectivity front, it supports Dual 4G VoLTE, Wi-Fi 802.11 ac (2.4GHz + 5GHz), Bluetooth 5, GPS, GLONASS, NFC and USB Type-C port.