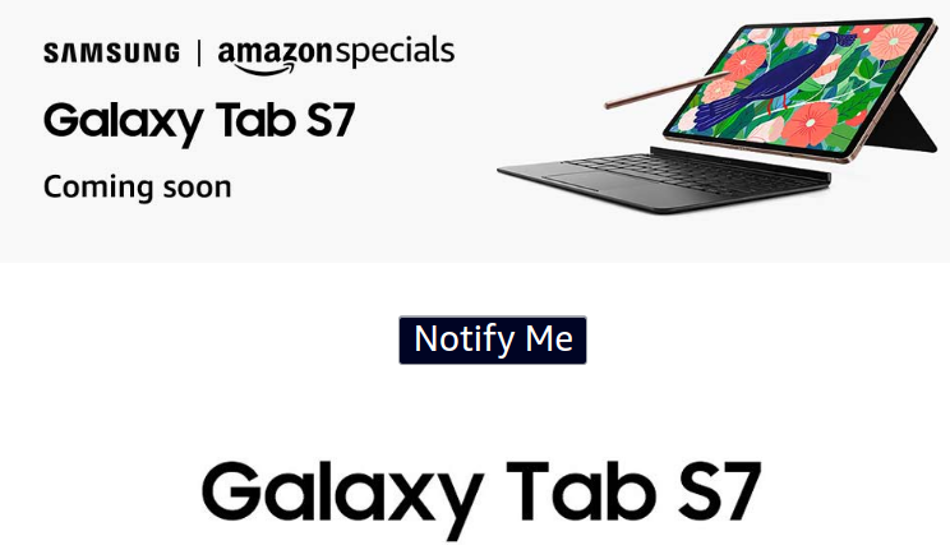 The listing on Amazon confirms that Samsung tablet will be launched in India.

Samsung is going to launch Samsung Galaxy Tab S7 tablet in India soon. The tablet is now listed on Amazon India with Notify Me options.

The listing on Amazon confirms that Samsung tablet will be launched in India. The Samsung Galaxy Tab S7 was announced globally alongside the Galaxy Note 20 series earlier this month.

The tablet is powered by the latest Qualcomm Snapdragon 865+ processor along with Adreno 650 GPU. The device is loaded with upto 8GB of RAM and 256GB of internal storage with an option to expand the storage up to 1TB via microSD card slot.

The tablet comes with S Pen with 9 millisecond latency and air gesture support and can be used to write notes or drawing sketches on the tablets. There is also a new keyboard cover with built-in trackpad and it will support DeX. It runs on Android 10 with OneUI 2.0.