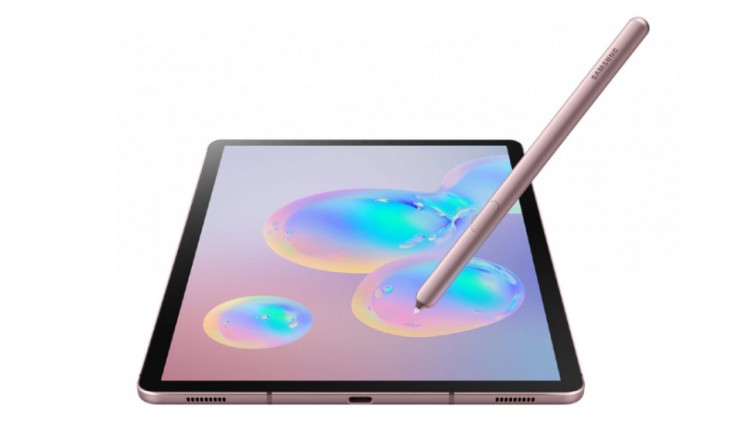 Samsung has today launched Samsung Galaxy Tab S6 in India. The tablet is priced at Rs 59,990. It will be available for sale in India starting October 11 on Flipkart, Amazon and Samsung Shop. The company is selling keyboard cover for Rs 5,499 which has an MRP of Rs 10,999.

There’s a new S-Pen which comes with a 0.35mAh power unit and is capable of running continuously for 10 hours. The stylus can be charged within ten minutes by keeping it inside the groove at the back of the tablet.

The Samsung Galaxy Tab S6 features a 10.5-inch WQXGA Super AMOLED screen with a resolution of 2560×1600 pixels and an aspect ratio of 16:10. It features an in-display fingerprint sensor in the front. The tablet is powered by a Qualcomm Snapdragon 855 chipset with Adreno 640, 6GB RAM and 128GB of onboard storage. The storage can be expanded to up to 1TB through a microSD card.

The Galaxy Tab S6 comes with an improved version of Samsung DeX with a dedicated DeX function key on the Keyboard Book Cover. The keyboard itself has been upgraded with better functionality and a touchpad. The device is also equipped with four speakers that are tuned by AKG with support for Dolby Atmos. There’s no headphone jack.

The new S-Pen comes with an integrated Bluetooth remote and offers a shutter button for the camera, air gestures and a clicker when making presentations. Additional S-Pen features include Handwritten notes which can be converted to digital texts, exporting to MS Word and make quick notes or doodles while watching a video.