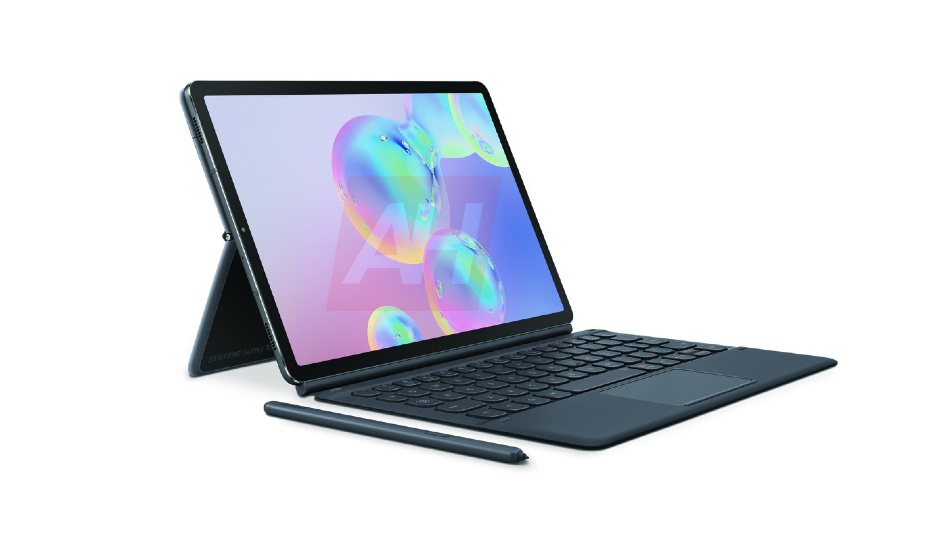 The Galaxy Tab S6 will be fueled by the Snapdragon 855 mobile platform.

Samsung is likely to introduce Galaxy Tab S6 tablet on August 7 along with Galaxy Note 10 series of smartphones. Earlier renders of the tablet revealed the entire design of the tablet. And now some specifications of the device have surfaced online.

Leakster Ishan Agarwal has leaked the specifications of the Galaxy Tab S6. The tablet is said to feature an AMOLED display that supports 2560 x 1600 pixels. The Galaxy Tab S6 will be fueled by the Snapdragon 855 mobile platform. It will come in Mountain Grey, Rose God and Blue colours. The tablet will measure 244.5 x 159.5 x 5.7mm and it weighs 420 grams.

The Galaxy Tab S6will have up to 8GB of RAM and 256GB of internal storage. The storage variants of the tablet will be 6GB RAM + 128GB storage and 8GB RAM + 256GB storage. The tablet will have expandable storage up to 512 GB microSD card. It will also come equipped with face recognition feature and an in-screen fingerprint reader.

For the camera, the Galaxy Tab S6 will have an 8-megapixel front camera with an f/2.0 aperture. It will have a dual-camera setup with a combination of 13-megapixel primary sensor with f/2.0 aperture and a 5-megapixel lens with f/2.2 aperture. The tablet will be backed up by a 7,040mAh battery with support for fast charging.

The tablet will have S-Pen with Air Mouse feature which will allow users to control the tablet with touching on the display. Further, the leak reveals that the Tab S-Pen S6 can last for nearly 6 hours on a single charge. However, with Air Mouse features activated, it can only last for 30 minutes. Additionally, the tablet is expected to come with four speakers – two at the top and two on the bottom, all tuned by AKG as is evident from the AKG branding on the back.