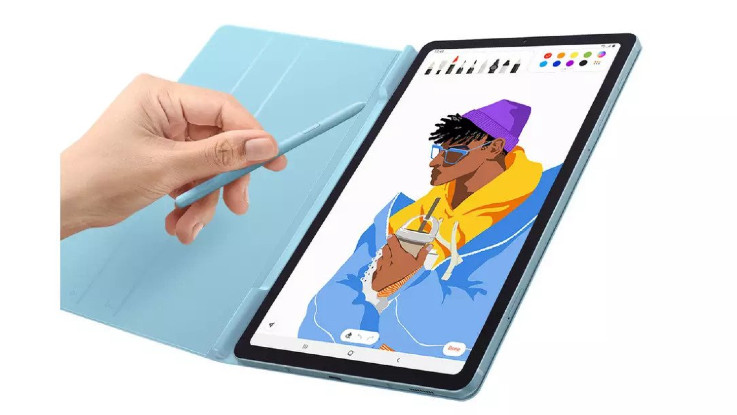 The Samsung Galaxy Tab S6 Lite is listed in Angora Blue, Chiffon Pink, and Oxford Grey colour options. It comes in two storage models – 64GB and 128GB and Samsung Indonesia lists both the Wi-Fi and LTE variants. The tablet was recently spotted on Argo, a British retailer website for £339 for the 64GB Wi-Fi-only version, which roughly translate to Rs 38,178.

Samsung Galaxy Tab S6 Lite features a 10.4-inch WUXGA TFT display with 2000 × 1200 pixels resolution. Underneath the hood, there is 2.3GHz octa-core Samsung Exynos 9611 processor. It is backed by a 4GB of RAM and 64GB/128GB of internal storage with an option to expand the storage up to 1TB using microSD card.

On the camera front, the Samsung Galaxy Tab S6 Lite comes with a single 8-megapixel rear camera with auto-focus and a 5-megapixel selfie camera for video calling. The tablet runs Android 10 with One UI 2.0 out of the box and it ships with an S Pen.

Samsung Galaxy Tab S6 Lite is backed up by a 7040mAh battery that the company claims give a video playback time of up to 13-hours. Connectivity features on the Galaxy Tab S6 Lite include WiFi, Bluetooth 5.0, GPS support and 3.5mm audio jack. The tablet measures 244.5 x 154.3 x 7mm and it weighs 467 grams.