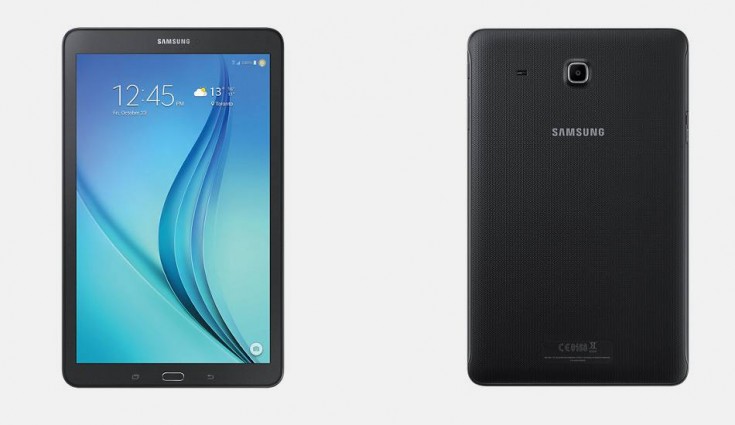 The tablet will be powered by Android operating system of unknown version.

Samsung had launched Samsung Galaxy Tab E 8.0 last year at $228 (approximately Rs 15,366). Now seems like, the company is soon going to unveil its successor tablet, which is named as Galaxy Tab E 8.0 (2017) as the tablet has now got WiFi certification from the WiFi Alliance (WFA).

As per the Wi-Fi certification, the Galaxy Tab E 8.0 (2017) will support 2.4GHz single-band Wi-Fi a/b/g/n and Wi-Fi Direct connectivity features. The listing also shows that the device will be powered by Android operating system however the Android version is not revealed in the listing. The listing also reveals that the tablet boasts the model number as SM-T378K with the certification ID WFA70160 and the date of certification being 1st February 2017. Sadly, apart from this, no other details of the Samsung Galaxy Tab E 8.0 (2017) is known at the moment. However, since the device has started getting certification now, we expect more details to surface online soon. 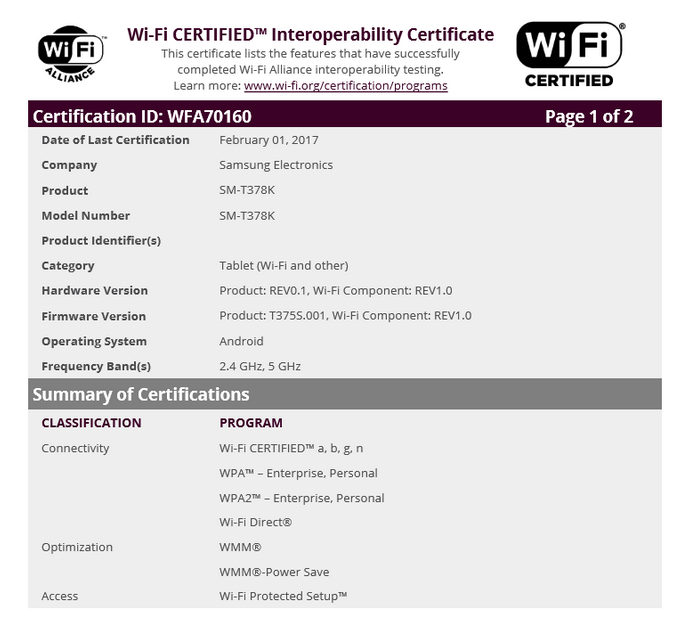 As the name suggests, the Samsung Galaxy Tab E 8.0 (2017) will feature 8-inch display. Since the device carries model number as SM-T378K, it is expected to be a Korean variant. It means the tablet will be first launched in Korea and later it will be unveiled globally.

To recall, the Samsung Galaxy Tab E 8.0 LTE has an 8-inch HD (1280X800 pixels) IPS display. It comes with Android 6.0 Marshmallow operating system and is powered by a 1.3 GHz quad-core processor. There is 1.5 GB of RAM in the tablet with 16 GB of internal storage. The tablet also has an expandable storage slot that can carry a micro SD card of up to 128 GB.

The Samsung Galaxy Tab E LTE has a 5-megapixel rear camera and a 2-megapixel front camera. For connectivity, it offers WiFi, GPS, micro USB and Bluetooth plus LTE connectivity through a nano-SIM slot. The tablet, which measures 212.2 x 126.1 x 8.9mm and weighs 360 grams, has a 5000 mAh battery which claims to offer up to 13 hours of video playback time and up to 12 hours of 3G internet usage.