Samsung Galaxy Tab A8 India launch has been teased. There’s no exact launch date as of now. 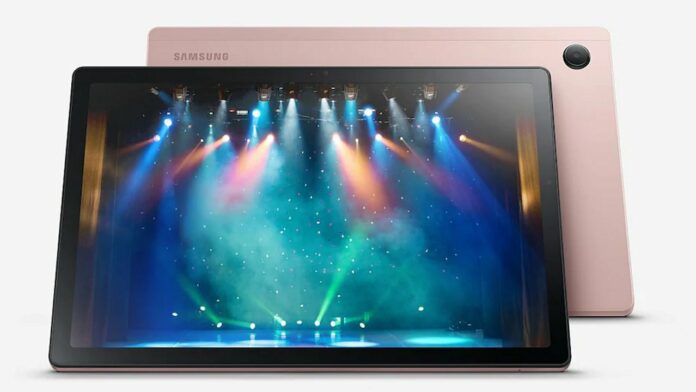 Samsung unveiled the Galaxy Tab A8 in the US a couple of weeks back and the support page for the same tablet popped up on the official website of Samsung India hinting towards an imminent launch of the device in the country. Now, an official teaser has confirmed that the Tab A8 from Samsung will soon launch in the country.

The Samsung Galaxy Tab A8 comes with a 10.5-inch WUXGA TFT display with 2000 x 1200 pixels screen resolution. The tablet is powered by an octa-core UNISOC T618 processor along with Mali G52 MP2 GPU. In addition, the device comes with up to 3GB of RAM and up to 128GB of internal storage, which can be further expanded up to 1TB via a microSD card slot.

The Galaxy Tab A8 features an 8-megapixel rear camera with LED flash on the camera front. For the front, there is a 5-megapixel shooter. The tablet is loaded with a 7040mAh battery with 15W adaptive fast charging. Software-wise, it runs on the Android 11 operating system.