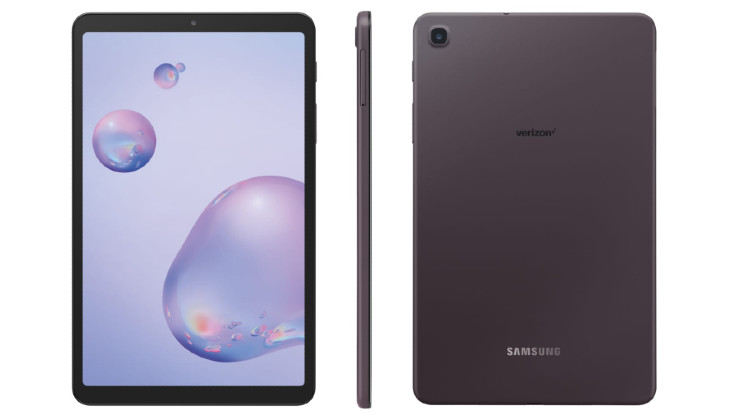 Some renders and key specifications of the upcoming tablet have been leaked online.

Samsung is reportedly working on a next-generation tablet known as Galaxy Tab 8.4. Now, some renders and key specifications of the upcoming tablet have been leaked online.

The renders and specs were posted by known tipster Evan Blass. To start with the design first, the renders reveal that the table will be available in Mocha Black colour options. The render shows that the Galaxy Tab A 8.4 will come with a single rear camera at the back.

The right side features power on/off button and volume controls, while the left is loaded with a SIM tray. The top of the tablet features a speaker and a 3.5mm audio jack, while the base will come loaded with a USB Type-C port flanked between two speaker grilles.

Coming to the key specifications, the Samsung Galaxy Tab A 8.4 will feature an 8.4-inch WUXGA display with a screen resolution of 1920 x 1080 pixels. The tablet will be powered by an octa-core Exynos 7904 processor along with 3GB of RAM and 32GB of internal storage. The memory can be further expanded up to 512GB via microSD card slot.

The tablet comes with an 8-megapixel rear camera with autofocus, while the for the front, there is a 5-megapixel selfie shooter. The tablet runs on Android 9.0 Pie and it comes with a 5000mAh battery. On the connectivity front, it supports WiFi, Bluetooth 5.0, USB Type-C port, 3.5mm audio jack and more.