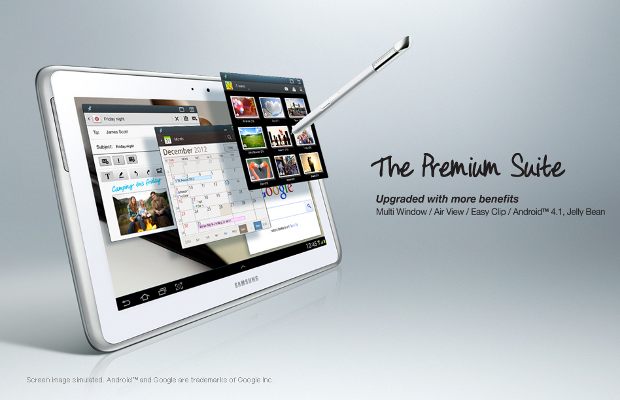 Samsung Galaxy Tab A (2019) is expected to launch in India soon.

The tablet with model number SM-T295 has been spotted on the Samsung India support website by MySmartPrice. The support page, however, does not actually reveal anything new about the Galaxy Tab A (2019) but it does suggest that the tablet will soon be launched in India. 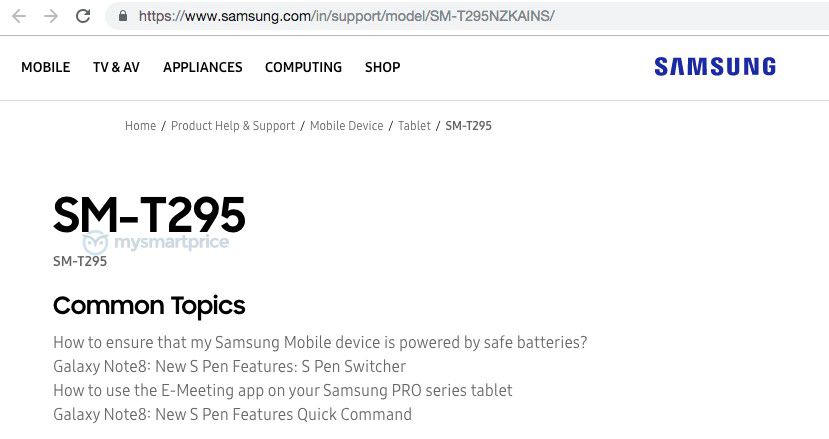 The Galaxy Tab A (2019) recently received Bluetooth certification which hints at its imminent launch globally. As per the listing, the tablet has five models for different regions. Out of these, four with model number SM-T295, SM-T295C, SM-T295N, and SM-T297 come with LTE support while the SM-T290 is a Wi-Fi-only model. Out of these models, model SM-T295 has also been certified by the Wi-Fi Alliance which revealed that the tablet will come with dual-band 802.11a/b/g/n Wi-Fi and it will feature Android 9 Pie.

The Wi-Fi only variant with model number SM-T290 has also received the necessary FCC certification. The Galaxy Tab A (2019) will be powered by a 4980mAh battery. It will also feature a single camera on the rear, Bluetooth 4.2, and dual-band Wi-Fi b/g/n connectivity.

The Galaxy Tab A (2019) same variant i.e. SM-T295 was also earlier spotted on the Android Enterprise website which revealed that the tablet will run Android 9 Pie and it will feature an 8-inch display with a resolution of 1280 x 800. The tablet might not have the S-Pen support. The device will have 2GB RAM and 32GB storage. The variant that was released in March came with 3GB RAM.

The tablet also appeared on the Google Play Console as per which the tablet will be powered by a Snapdragon 429 mobile platform featuring four Cortex A53 cores clocked at up to 2.0GHz. The listing also informs us that the tablet will have 8-inch display will have a resolution of 800 x 1280. The tablet will also feature a rear and a front camera with unknown sensors at the moment.