Samsung has quietly introduced its Galaxy tab 7.7 GT-P6800 in India as Galaxy Tab 680 for Rs 34,900. India based online retailer Flipkart has listed the Galaxy Tab 680 (WiFi+3G) for Rs 33,571. It is the fourth tablet of Samsung to be launched in India with Google’s Android 3.2 Honeycomb operating system.

The Galaxy Tab 680 features a dual-core processor and a large 7.7-inch Super Amoled display. At present, this is the only gadget in India available with huge Super Amoled display and second to it is the Galaxy Note. By default, the tablet supports 1280×800 pixel resolution natively. Thankfully the tablet supports popular video codecs â€“ DivX, Xvid, H.264 and MP4. Samsung boasts that the tablet can play full 1080p HD video as well. 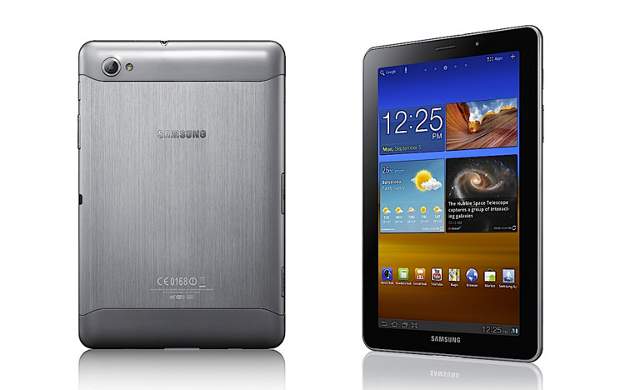 Under the slim 7.9-mm body, the tablet houses a 1.4 GHz Samsung Exynos 4210 mobile processor with Mali MP-400 graphics. The graphics chip used in the process is the same as the one found in Galaxy S II GT-I9100. We can say this tablet does promise support for great gaming and entertainment activities.

Samsung has used the Android 3.2 Honeycomb tablet operating system by default and promised to release the Android 4.0 Ice Cream Sandwich update in coming months. Galaxy Tab 680 offers 16 GB internal storage out of which about 12 GB might available to user to download applications and store images and videos. Thankfully it offers a memory card slot in which one can add up to 32 GB micro SD card. 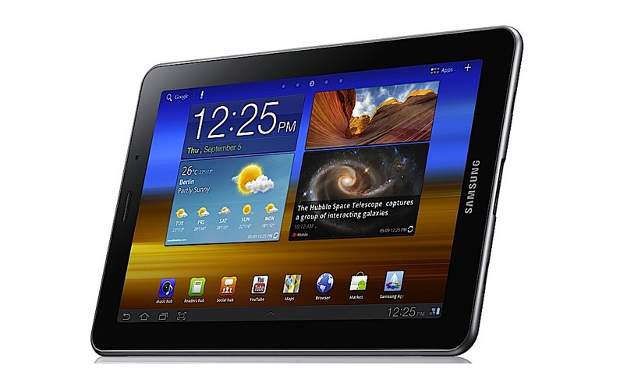 At the rear lies a modest 3 megapixel camera with LED Flash and autofocus. This camera is claimed to perform 720p HD video recording. For video chatting, there’s a 2 megapixel camera in the front.

The Samsung Galaxy 680 will come in both configurations – WiFi Only and WiFi+3G. To offer the longest battery life, Samsung has added a slim 5100 mAh battery that promises up to 49 hours of run time on 2G networks and 27 hours on 3G networks. Indeed, you can make voice calls and send SMS using this tablet.

Looking at the configurations and performance promised, we can easily judge this tablet to fit the sweet spot of both features and price when compared to Apple iPad. Now we shall wait for the upcoming tablet from Apple due for announcement next month.