The Mobile Indian reported about an affordable version of Samsung Galaxy tab earlier and the same has been formally announced in the Scandinavian countries on Monday. Appearing like a large mobile phone, this tablet bears a slightly different design than the Galaxy Tab 7 and Galaxy Tab 7.0 Plus (Galaxy Tab 620). 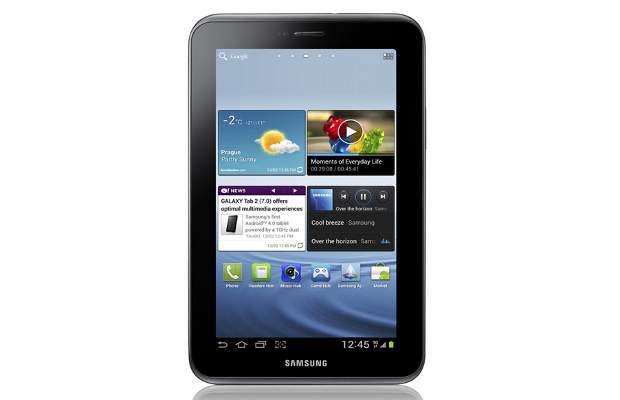 New Samsung Galaxy Tab 2 (7.0) features 7-inch touchscreen PLS display that supports WSVGA (1024×600) pixel resolution. At the back rests a 3 megapixel fixed focus camera which may not give pleasing results and a VGA camera in the front video call. Under the 10.5mm slim form factor, the tablet houses 1 GHz mobile processor coupled with 1 GB RAM. It offers internal storage space options of 8 GB, 16 GB and 32 GB.

This happens to be the first Samsung tablet to launch with Android 4.0 Ice Cream Sandwich and TouchWiz 4.0 along with the Live Panel UX. For instant messaging, the Samsung ChatON service client will come pre-loaded. This tablet will also come with Samsung Hubs â€“ Reader, Video, Music and Game to get the relevant content. Samsung AllShare Play media streaming feature will debut with this tablet. 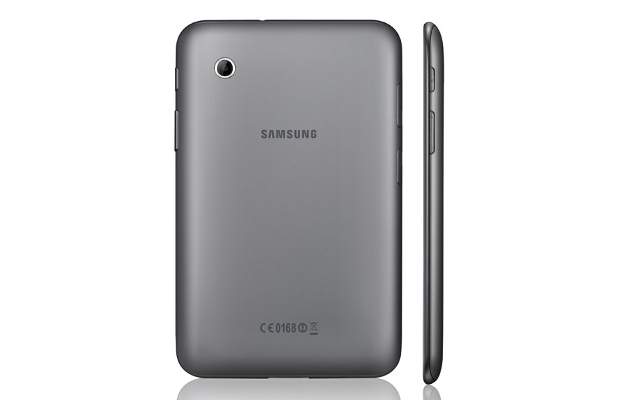 The Galaxy Tab 2 (7.0) would be available in WiFi only and WiFi+3G versions. Other features include Bluetooth 3.0, A-GPS along with GLONASS GPS support, Accelerometer, Digital Compass, and support for myriad variety of audio as well as video codecs. Indeed, it does support DivX. Samsung has packed a 4000 mAh battery inside it which might be wee bit short of others.
SammyHub reported the pricing of the tablet in Scandinavian countries. And judging from that we believe this tablet will be priced around $420 (Rs 20,500 approximately) at the launch in India. Samsung will launch this tablet in the UK first and then it would be made available in other countries from next month.