Samsung Galaxy S22 series will reportedly be unveiled next year. The series will include three models - Galaxy S22, S22+ and S22 Ultra. 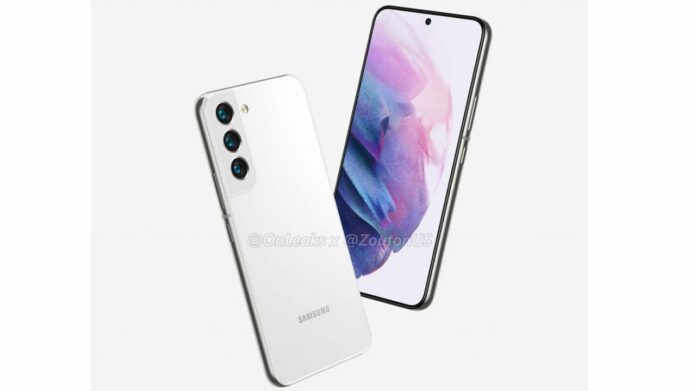 The Samsung Galaxy S22 series is expected to make its debut next year. The series was scheduled to be announced on February 8. But a recent report suggests that Samsung’s new flagship will be unveiled in late February or early March 2022.

The delay is said to be due to ongoing supply chain issues. However, Samsung has not officially announced the launch date at the moment.

There is a lot that has leaked about the S22 series. Let’s look at the Samsung Galaxy S22 series expected specs, features and other details.

Depending on the market, all three devices will feature a Snapdragon 8 Gen 1 or the unannounced Samsung Exynos 2200 SoCs. Samsung could launch the Galaxy S22 series in India with the Snapdragon 8 Gen 1. The Samsung Galaxy S22 and Galaxy S22 Plus model with 8GB LPDDR5X DRAM will have 128GB/ 256GB of internal storage.

In addition, the series is said to run One UI 4.1. The new One UI version will be released with the upcoming Samsung Galaxy S22 series phones. They are said to be IP68-rated for dust and water resistance.

The Samsung Galaxy S22 and S22+ will come with a triple camera setup. This will include 50MP primary sensor with f/1.8 aperture, 12MP ultra-wide angle lens with f/2.2 aperture and a 10MP telephoto lens with f/2.4 aperture, 3X zoom. In addition, both the devices will use a 10MP front camera with f/f2.2 aperture.