Though the tablet has good features but at this price it seems overpriced.

Samsung’s upcoming Galaxy Note 8 tablet will be launched in three variants priced around â‚¬450 or Rs 32,000 approximately, according to a website – Bluetooth.org. That means the tablet will come in WiFi, WiFi+3G and 3G+WiFi+LTE versions.

Samsung, which has two 5 inch+ smartphones and one 10 .1 inch tablet in its arsenal, is planning to launch the 8 inch tablet at the Mobile World Congress later this month. 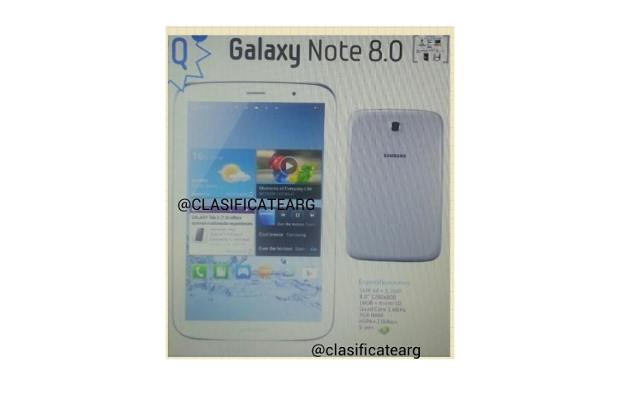 The Galaxy Note 8 will come with an HD display with a 1280 x 800 pixel resolution and is expected to house the Samsung Exynos mobile processor. This tablet will also bundle the S-Pen and will feature the TouchWiz user experience on top of Android 4.1 Jelly Bean. Galaxy Note 8.0 will feature a 1280 x 800 pixel resolution 8 inch display that will also support S Pen input. This tablet will run a quad core 1.5 GHz Samsung Exynos mobile processor with 2 GB RAM and 16/32 GB on-board storage. It is expected to feature a 5 megapixel main camera along with a 1.3 megapixel or more as its front facing camera.

At Rs 32,000, the Samsung Galaxy Note is definitely seems a bit over priced considering that Apple’s iPad Mini is approximately Rs 10,000 cheaper.