Samsung Galaxy M52 will launch in India soon. The phone will be available on Amazon after its launch which is expected later this month. 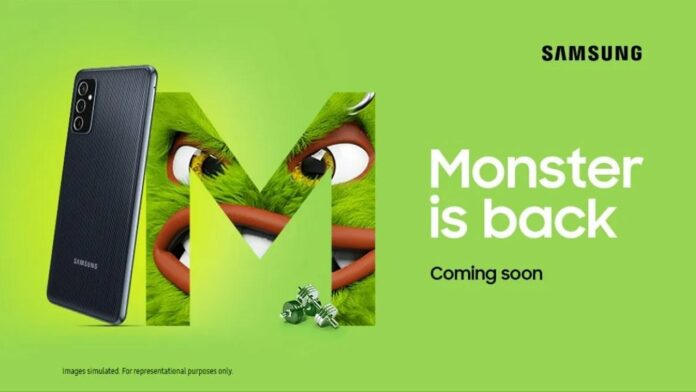 Samsung is gearing up to launch a new smartphone under its M-series in India. The device is named as Samsung Galaxy M52 5G. The India launch has been officially teased.

A banner on Amazon India has confirmed the launch date of the upcoming M-series phone. It also reveals that the back of the smartphone will come with triple cameras. In addition, the listing suggests that the company will announce the Galaxy M52 in India shortly.

Recently, the Samsung Galaxy M52 5G was found listed with model number SM-M526B/DS Samsung India’s support page. The DS in the model number suggests dual sim support. However, the listing does not reveal anything about the upcoming Samsung smartphone, but it suggests that the phone may soon be making its debut in India.

The upcoming phone was also listed on the US Federal Communications Commission (FCC) website recently. As per the listing, the Galaxy M52 5G features dual-band Wi-Fi with 2.4GHz and 5GHz bands and 5G support. It comes with the model number SM-526B/DS. The DS shows dual sim connectivity.