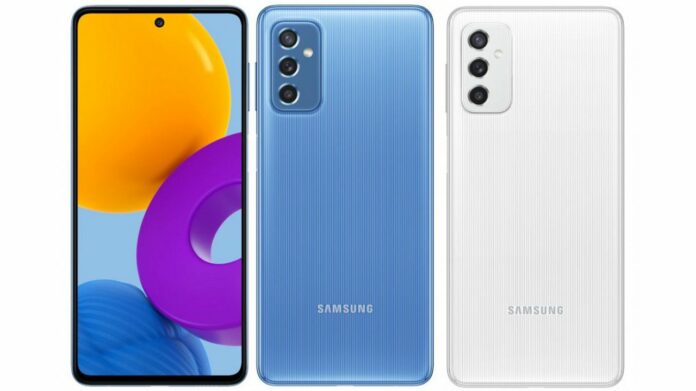 Samsung has today launched Samsung Galaxy M52 5G smartphone in India. The device has a Snapdragon 778G SoC, a 64MP triple camera setup, Samsung One UI 3.1 based on Android 11 and a 5000mAh battery. Let’s take a detailed look at the handset’s specs, price, and availability.

As a part of the limited-period offer, it will be available at a special introductory price of Rs 26,999 and Rs 28,999 for the 6GB and 8GB RAM versions, respectively in the Great Indian Festival on Amazon on October 3rd. The phone will also be available via Samsung India’s online store.

It comes in Blazing Black and Icey Blue colours.

Samsung Galaxy M52 5G packs the Qualcomm Snapdragon 778G SoC which is paired with the Adreno 642L GPU. It has 6GB RAM and 128GB storage. The storage is expandable up to 1TB via a microSD card.