Samsung Galaxy M22 will launch soon. It is now listed on the Samsung Russia support website, hinting at an imminent launch in the country. 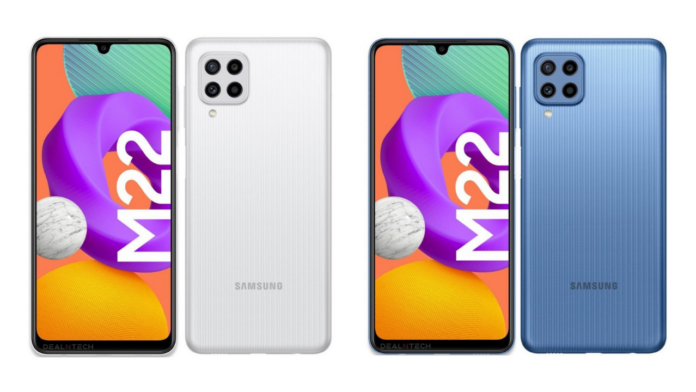 UPDATE: The device has also appeared on Samsung Singapore and Malaysian websites.

Samsung is gearing up to launch a new Galaxy M-series smartphone called M22 soon. The support page of the phone is live on the Samsung Russia website.

Samsung Galaxy M22 with model number SM-M225FV/DS is now listed on the Samsung Russia support website, hinting at an imminent launch in the country. DS in the model number suggests dual sim support.

The Galaxy M22 was spotted earlier with the same model number at Geekbench and FCC certification. As per the GeekBench listing, the phone is powered by the 1.8GHz octa-core MediaTek Helio G80 chipset.The listing also revealed that it will have 4GB RAM, but there could be other RAM options when it is unveiled. For the software, the phone runs the latest Android 11 operating system out of the box.

The FCC listing revealed that the phone will offer 25W fast-charging support. However, the phone will come bundled with a 15W fast charger. The phone will feature dual-band Wi-Fi b/g/n/ac, Bluetooth 5.0 (with EDR and LE), NFC, LTE (Bands 5, 12, 17, and 26), and a dual-SIM card slot.

The Samsung Galaxy M22 should feature a 6.4-inches HD+ Super AMOLED Infinity-V display with a 90Hz refresh rate. In addition, the phone could be powered by an octa-core MediaTek Helio G80 with up to 950MHz ARM Mali-G52 GPU.

The phone comes with 4GB of RAM with 128GB onboard storage, which is expandable up to 1 TB. There’s a side-mounted fingerprint reader as well for security.

On the camera front, the phone may have quad cameras at the back. The cameras consist of a combination of a 48-megapixel primary sensor, an 8-megapixel wide-angle sensor, and two additional 2-megapixel sensors for macro and depth sensing. In addition, there is a 13-megapixel selfie camera at the front with an f/2.2 aperture.

Samsung Galaxy M22 should be fuelled by a 5000mAh non-removable battery with 25W fast charging technology. It runs Android 11 with One UI 3. You get USB-C, Bluetooth, 4G LTE, Wi-Fi, GPS, and a 3.5mm headphone jack for connectivity. 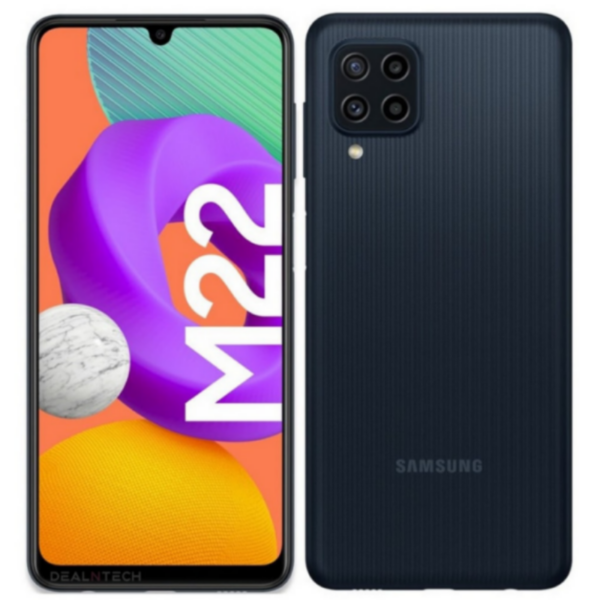