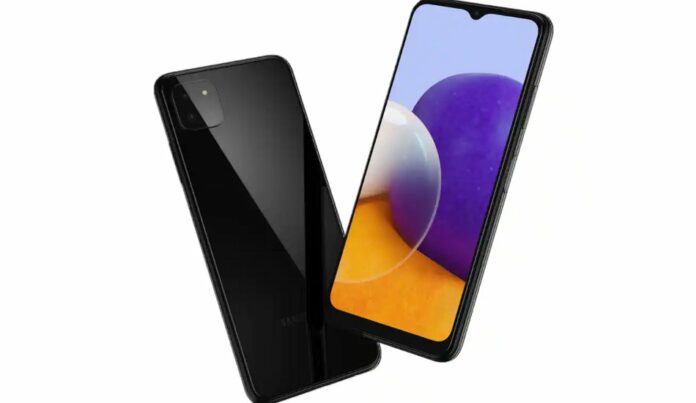 Samsung Galaxy M22 is reported to be backed by a 6,000mAh battery.

UPDATE: Samsung Galaxy M22 has now received Bluetooth certification as per which the phone has a model number of SM-M225FV_DS and there will be Bluetooth 5.0 support.

Samsung is gearing up to launch a new Galaxy M-series smartphone called Galaxy M22. The key specs of the phone were leaked recently and now a new leak has revealed its connectivity features and fast charging capabilities.

Samsung Galaxy M22 phone with model number SM-M225FV, has appeared on the FCC certification site. As per the listing, it will offer 25W fast-charging support. However, the phone will come bundled with a 15W fast charger.

The Samsung Galaxy M22 will be powered by a MediaTek Helio G80 SoC coupled with 4GB RAM. It is likely to feature a 6.4-inch HD+ AMOLED display with a 60Hz refresh rate. The phone is said to sport a quad camera setup with a 48 megapixels main camera, 5 megapixels ultra-wide lens, as well as a pair of 2 megapixels auxiliary cameras. There will be a 13 megapixels sensor at the front.

Samsung Galaxy M22 had earlier appeared on the Geekbench. The listing of the Galaxy M22 on Geekbench suggested that the smartphone is powered by the 1.8GHz octa-core MediaTek Helio G80 chipset. The listing also revealed that it will have 4GB RAM.

For the software, the phone runs the latest Android 11 operating system out of the box. It scored 374 in the single-core test and 1361 in the multi-core test.