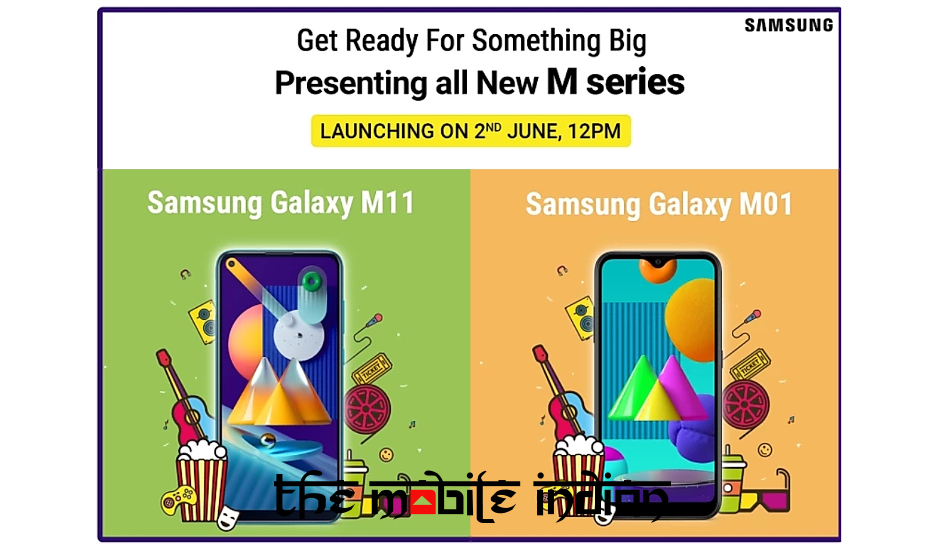 Samsung Galaxy M11 and Galaxy M01 will be launching in India on June 2, reveals a Flipkart listing. It means that the phones will be exclusively available on Flipkart upon their launch in India.

Flipkart has listed the Samsung Galaxy M11 and Galaxy M01 with a Notify Me option which will allow users to be notified about all the updates related to the launch, availability, pricing, offers and more. However, there is no mention of the price or the sale date of the device.

Samsung announced Galaxy M11 in March this year. Samsung Galaxy M11 features a 6.4-inch HD+ Infinity-O LCD display with a screen resolution of 1560 x 720 pixels with a punch-hole at the top left corner of the display. The phone is powered by a 1.8GHz Octa-Core Snapdragon 450 processor. It has two variants – 3GB RAM + 32GB of internal storage and 4GB RAM + 64GB of internal storage. The internal storage can be expanded via microSD upto 512GB.

The phone has a triple-camera setup with a combination of 13-megapixel primary lens with f/1.8 aperture, a 5-megapixel ultra wide-angle lens with f/2.2 aperture and a 2-megapixel depth sensor. The rear cameras support video recording of up to 1080p. For the front, there is an 8-megapixel selfie shooter with f/2.0 aperture. On the back, the Galaxy M11 features a fingerprint sensor. 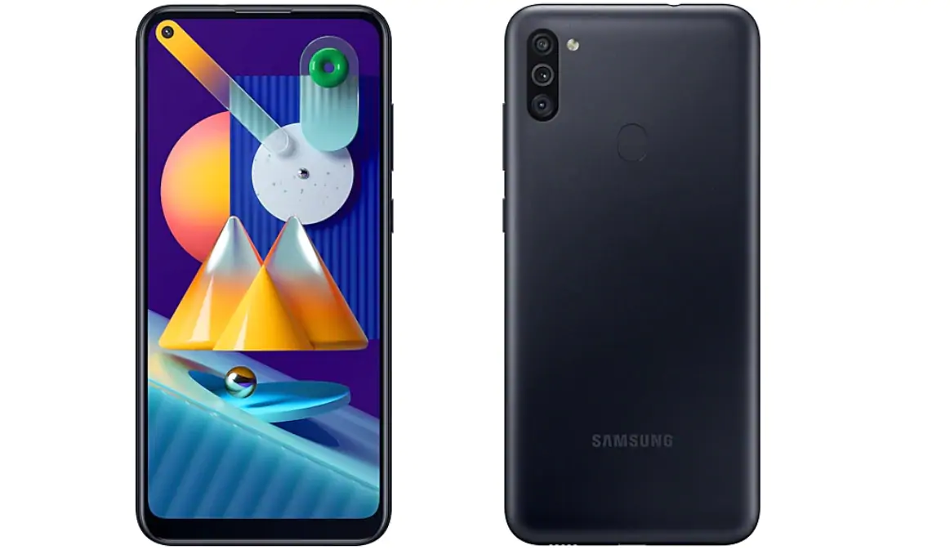 The Samsung Galaxy M01 is said to come with a 5.71-inch HD+ display with a screen resolution of 1560 x 720 pixels along with 19:9 aspect ratio. The smartphone will be powered by a Qualcomm Snapdragon 439 octa-core processor clocked at 1.95GHz. The phone will be backed by a 3GB of RAM and 32GB of internal storage which can be expanded using a microSD card slot. The phone might run on Android 10 operating system with OneUI running on top of it and with a 4,000mAh battery.

On the camera front, the Galaxy M01 will be loaded with a dual-camera setup with a combination of 13-megapixel primary lens with f/2.2 aperture and a 2-megapixel depth sensor with f/2,4 aperture. For the front, it will come with 5-megapixel selfie shooter with f/2.2 aperture. The Galaxy M01 will be loaded with Dolby Atmos and it will come with Samsung Health application. The phone measures 146.4 x 70.86 x 9.8 mm.