Samsung Galaxy F13 has launched in India with a huge battery. 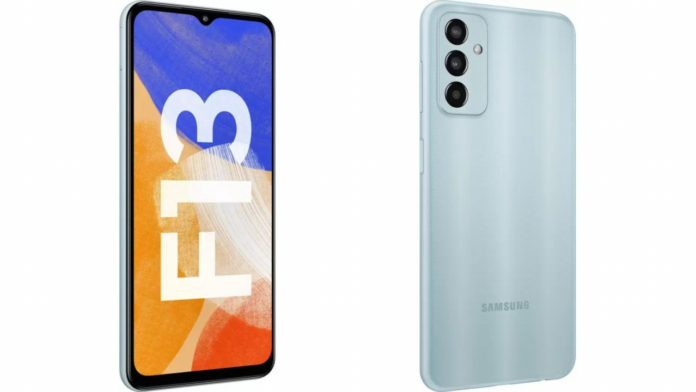 Samsung has launched a new smartphone under the F-series in India, and it is the Galaxy F13. The smartphone launch was teased a few days back on Flipkart. The Galaxy F13 is backed by a 6000mAh battery and sports triple rear cameras. The device runs on Android 12 out of the box.

Samsung Galaxy F13 comes at Rs 14,999 for the 4GB + 64GB model and Rs 16,999 for the 4GB + 128GB variant in India. It is available in pink, green, and light blue colour options. Apart from that, the device will be up for grabs via Flipkart. The sale date of the smartphone is yet to be announced.

The phone features a 6.6-inch full HD+ Infinity-V display. The device features a waterdrop-style notched display design. It is protected with Gorilla Glass 5. Samsung Galaxy M13 packs the Exynos 850 SoC which is paired with 4 GB of RAM. The device offers 64 GB / 128 GB of native storage. The storage is expandable up to 1TB via a dedicated microSD card slot.

As for software, the handset runs Android 12 with Samsung One UI 4.1. It is equipped with Samsung’s Knox security. There’s a 6,000mAh battery with support for 15W fast charging. It includes a side mounted fingerprint scanner for security. Additionally, the phone also has face recognition support as well.