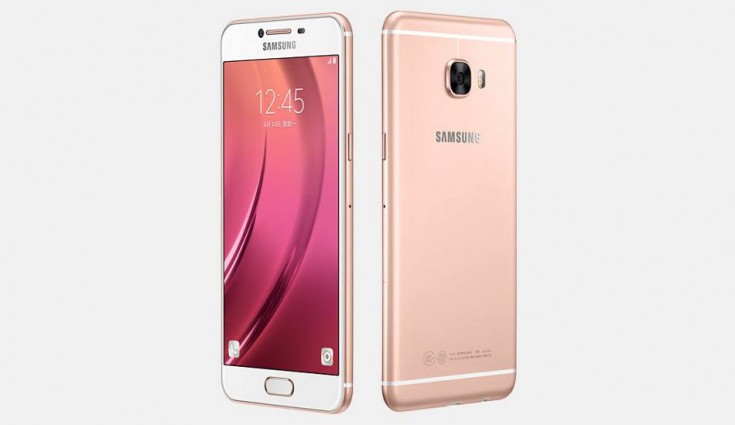 The Galaxy C5 Pro will come with a 16-megapixel rear and front camera.

In the GeekBench listing, the Samsung Galaxy C5 Pro got 896 points in single-core test and in muli-core test it received 4276 points. As per the listing on Geekbench, the Galaxy C5 Pro has 4GB RAM and Qualcomm Snapdragon 625 2.21 GHz octa-core processor. The handset is based on the Android 6.0.1 Marshmallow operating system. The specs in the GeekBench listing are in inline with the specs revealed in the GFX and TENAA listings.

As per the listing on GFXBench, Samsung Galaxy C5 Pro has a 5.5-inch full HD display with 1920×1080 pixels resolution and 5 finger gesture support. It is powered by Snapdragon 626 2.2 GHz octa-core processor and 4GB RAM. It offers 64GB of internal storage out of which 53GB will be reserved for the users. Besides, it has Adreno 506 GPU and Android 6.0.1 Marshmallow operating system.

The Galaxy C5 Pro has a 16-megapixel front and rear camera. The GFX listing shows that the device has connectivity features like Bluetooth, GPS, NFC and WiFi. As per the listing, the device has anaccelerometer, gyroscope, light sensor and proximity sensor as well. 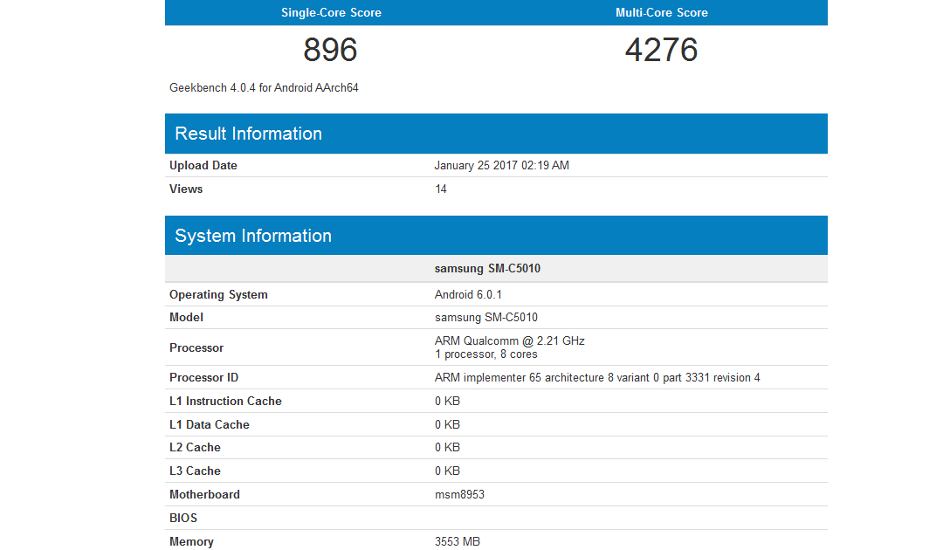 As per reports, the Samsung Galaxy C5 Pro is now expected to launch in February 2017. Earlier, the smartphone was expected to be launched alongside Galaxy C7 Pro.

The Samsung Galaxy C7 Pro flaunts a 16-megapixel shooter on the back and a 16-megapixel camera at the front with f/1.9 aperture. Both the cameras can record full-HD videos at 30 frames per second. On the connectivity front, the device offers hybrid Dual SIM, 4G LTE, WiFi, Bluetooth 4.2, GPS, NFC and a USB Type-C port. The handset measures 156.5 x 77.2 x 7.0 mm and weighs 172 grams. The smartphone also has acceleration sensor, a gyro sensor, a geomagnetic sensor, proximity sensor and RGB light sensor.