The images on the NCC website shows the smartphone from the front and the back.

The images were first spotted by Slashleaks and it reveals that the smartphone from the front and back panel. The Samsung Galaxy A6+ has been listed with model number Samsung SM-A605G/DS in which the DS stands for the Dual SIM variant. As per NCC, the Samsung Galaxy A6+ will support Dual-band Wifi with both 2.4 GHz and 5 GHz frequencies and will also support LTE networks running on bands 1, 3, 7, 8, 38, and 41. 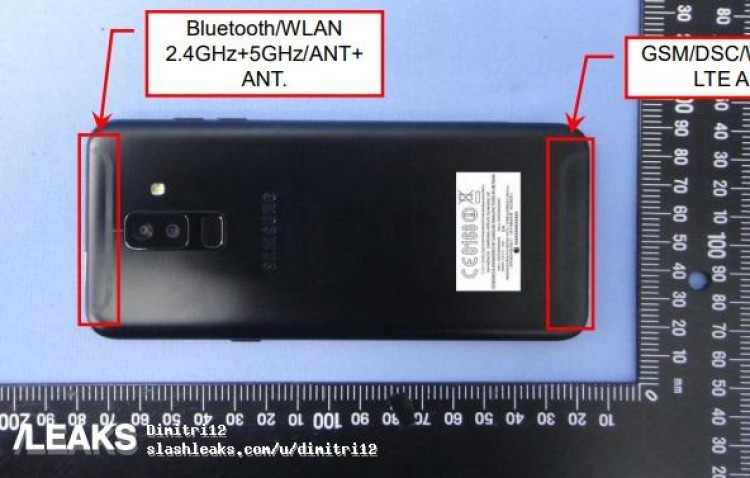 The images show that the Samsung Galaxy A6+ will have the dual rear cameras with the LED flash on the right. The rear also features a fingerprint sensor below the two rear cameras. The device will have a power button on the right while the left side has the volume rocker buttons. Above the display, there is the front camera with LED flash and earpiece. The images are in line with previously leaked renders that show the back and front panel of the device.

As per reports, the Samsung Galaxy A6+ smartphone will be backed by a 6.0-inch Full HD+ Infinity Display with a screen resolution of 2220 x 1080 pixels and a pixel density of 441 ppi. The smartphone could be powered by a Qualcomm Snapdragon 450 processor along with 4GB of RAM and 32GB of internal storage.

The Samsung Galaxy A6+ earlier appeared on Geekbench with model number SM-A605G. It received 739 points in single-core test and 3469 points in multi-core test. The smartphone will be powered by Qualcomm Snapdragon 635 processor along with Adreno 506 GPU. The Galaxy A6+ will feature 4GB of RAM.